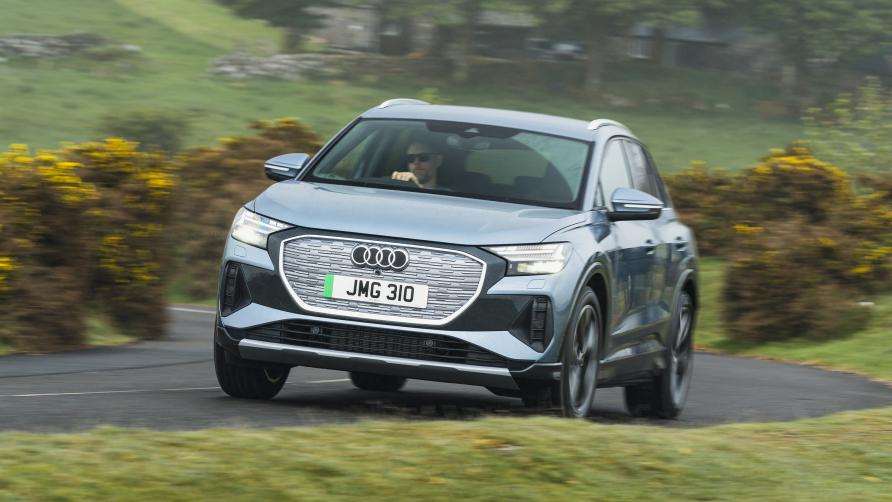 Is getting the quickest one not a bit silly?

Well, perhaps. But at this stage it’s all about electric cars extending a warm, friendly hand to pull us petrolheads into their world. Hence why a disproportionate amount of EVs appear to be 2,000bhp hypercars intent on reversing the direction in which the world spins on its axis.
A world which, with increasing desperation, we’re trying to save. I happened to spend a few days in the Q4 e-tron just as the UN’s damning climate report had sent shockwaves through anyone with a modicum of anxiety for how much longer Earth will be a vaguely habitable place to live.
Now, we both know EVs are not yet a perfect solution, with a charging network sporadic in its usefulness and quite a lot of our electricity still produced in environmentally unfriendly ways. Yet I couldn’t help but wonder if the Q4 will help ease our specific transition into a cleaner world. 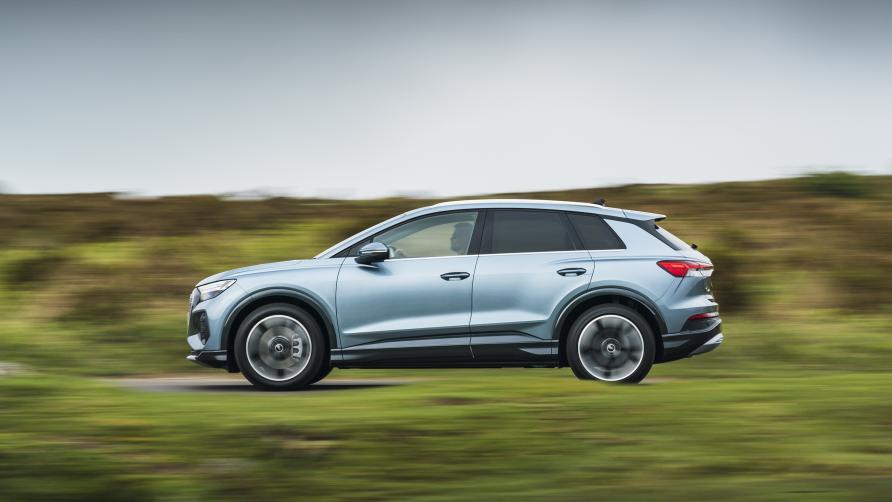 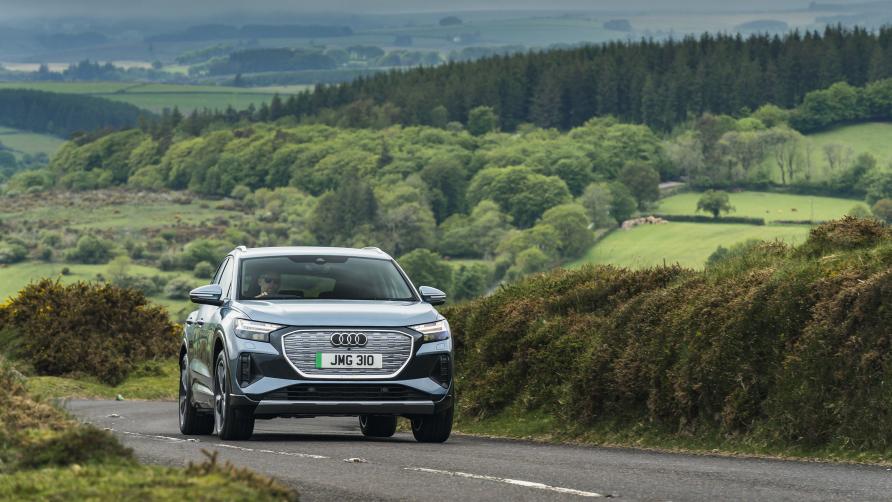 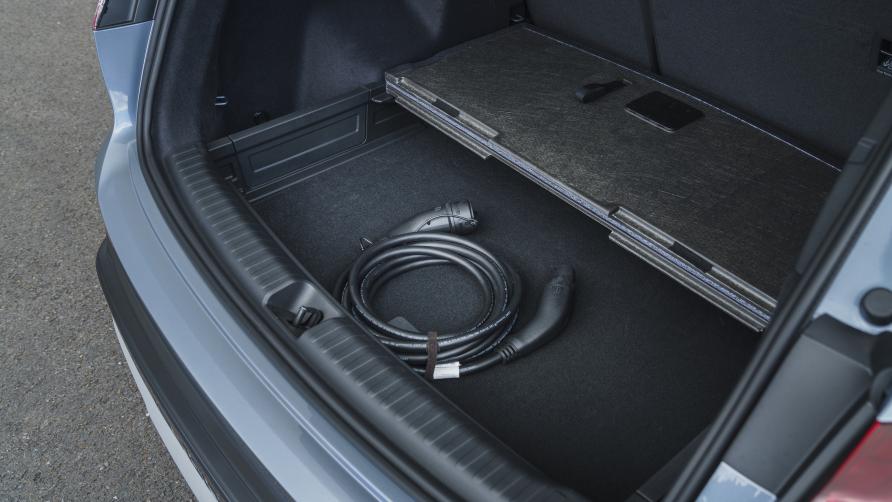 What, an Audi SUV with an aggressive snout?

Precisely that. Almost every car park I left the Q4 in already had a Q3, Q5 or Q7 parked in it – at one point the only vacant space was between a Q3 and Q5, allowing me to be way more thorough in my assessment of how it slots into Audi’s range than anticipated. Closer to the Q5, since you ask – 4cm shorter than one of those while 10cm longer than a Q3.
People absolutely love these things, enough for Audi to declare the Q4 e-tron will almost immediately become the second best-selling car in its range, just behind the A3 hatchback. For a purely electric model that’s major news.

Wouldn’t it be cleaner still if it was lower and lighter?

Of course. But then people might not crave it as much. Like it or lump it, SUVs are in fashion at the moment. Sticking a load of batteries in them is not only physically easier than a regular hatch (given their chunk better absorbs them), but perhaps it also serves a Trojan Horse effect of getting electricity onto the driveways of folk who might otherwise be sceptical. Cars like the Q4 could prove to be a useful tipping point.

It’s an unusual place to have a minor personal crisis about climate change, that’s for sure. A brisk one, too. I wouldn’t call it gobsmackingly fast – unless you’re hooking up all the power as you exit a roundabout, full throttle and tight steering lock effortlessly combined by all the clever power management beneath. Rather it’s usefully keen in the cut and thrust of commuter traffic.
Peak outputs are 295bhp and 4690Nm of torque hot hatch-esque figures but trapped in a 2.2-tonne SUV. Its 0-62mph time of 6.2secs feels about bang on, while a 111mph top speed will at least stop any autobahn users from blitzing its battery with the haste of a Veyron emptying its fuel tank at Ehra-Lessien.
On which note, the Q4 e-tron 50 claims 475km of range on a full charge – down on the middle-of-the-range e-tron 40, which boasts 509km but produces almost 100bhp less. An impressive balance on display here, then. 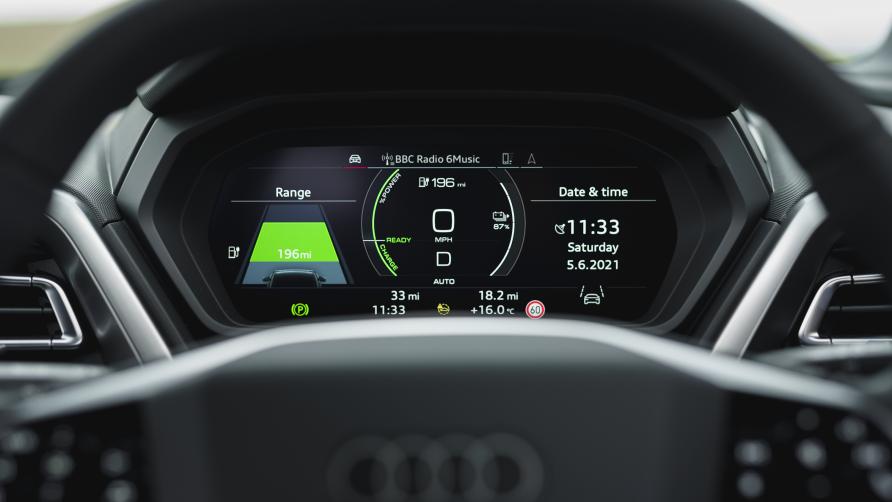 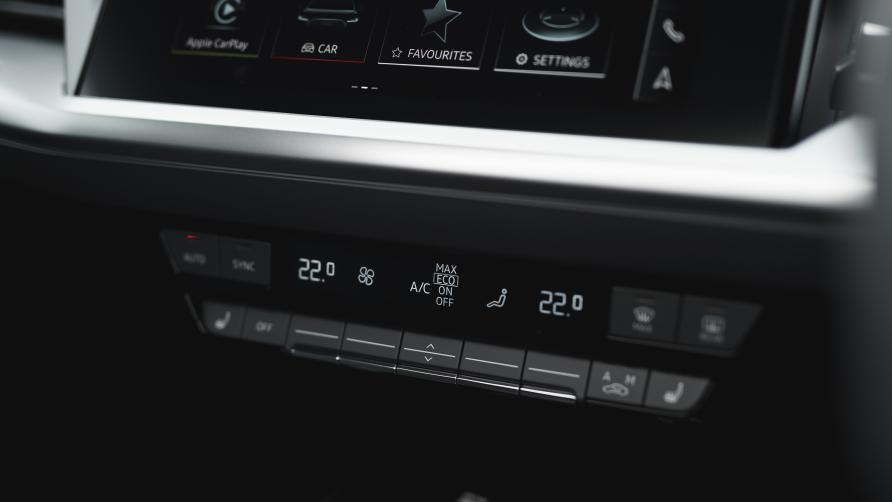 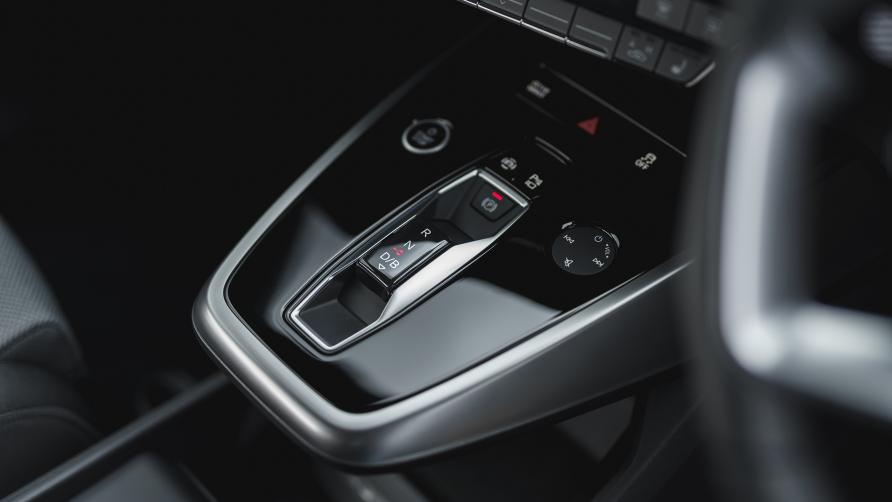 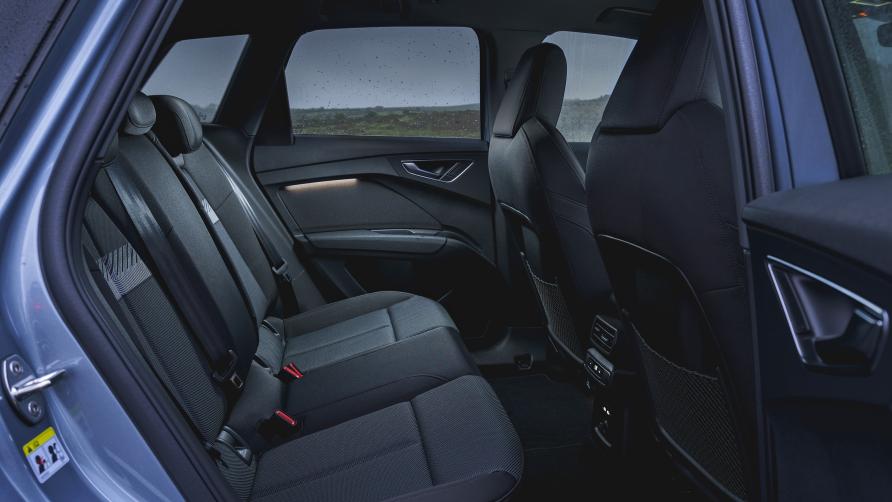 How does it handle?

It drives neatly given its hulking mass. While it stops short of being a driver’s car, there’s inherently tidy handling and you can feel the power spread bias towards the rear axle if you’re especially keen. It’s clear that a reconfiguration could – perhaps inevitably will – bring an S or RS version with more flamboyant moves.
But much of the satisfaction comes from how amiable the Q4 is day-to-day – and how, by Audi standards, there’s a welcome amount of squidge in its suspension. Better to lean back in your seat, calm your pace and listen to the terrifying news reports emanating from the radio while sipping the battery’s juice, not gulping it.
The main dynamic black mark is that the regen braking level is only adjustable when the powertrain is in its most Dynamic mode, which seems like a missed opportunity given you’re more likely to care about accruing extra energy when you’re not driving with gritted teeth. If you want regen, you’re best having the full gamut of it by nudging the powertrain from D to B, like you do in a Nissan Leaf.

That’s a less than glamorous comparison.

It’s a slightly less than glamorous Audi, but in ways I really rather like. The interior feels like it’s prioritised practical touches over chintzy ones; rather fittingly, all four doors swallow a standard size reusable water bottle as if born to do that very thing.
Based upon the Volkswagen ID.4 platform, the Q4 e-tron is similarly vanilla in a number of regards. A car to please the people rather than knock them dead. It perhaps feels more like a VW sprinkled with Audi glitter than most other models in the range, but that’s not stopped the stodgy Q2 proverbially flying off shelves. Again, people love this stuff. And if the Q4 helps them love electric stuff, perhaps it has a more useful role to play in the car world than most other bluffly nosed crossovers. 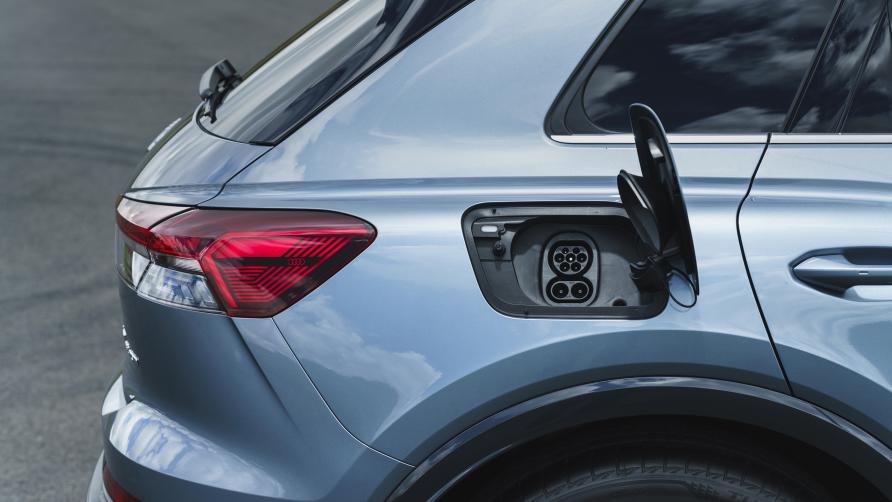 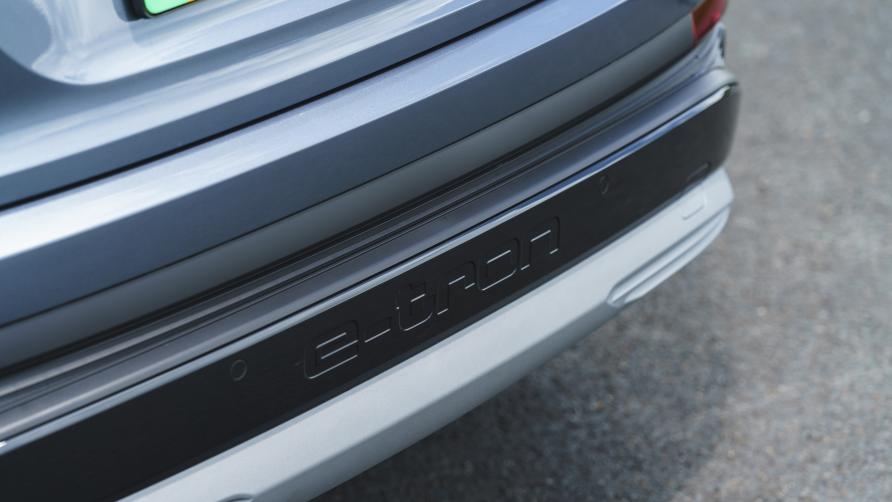