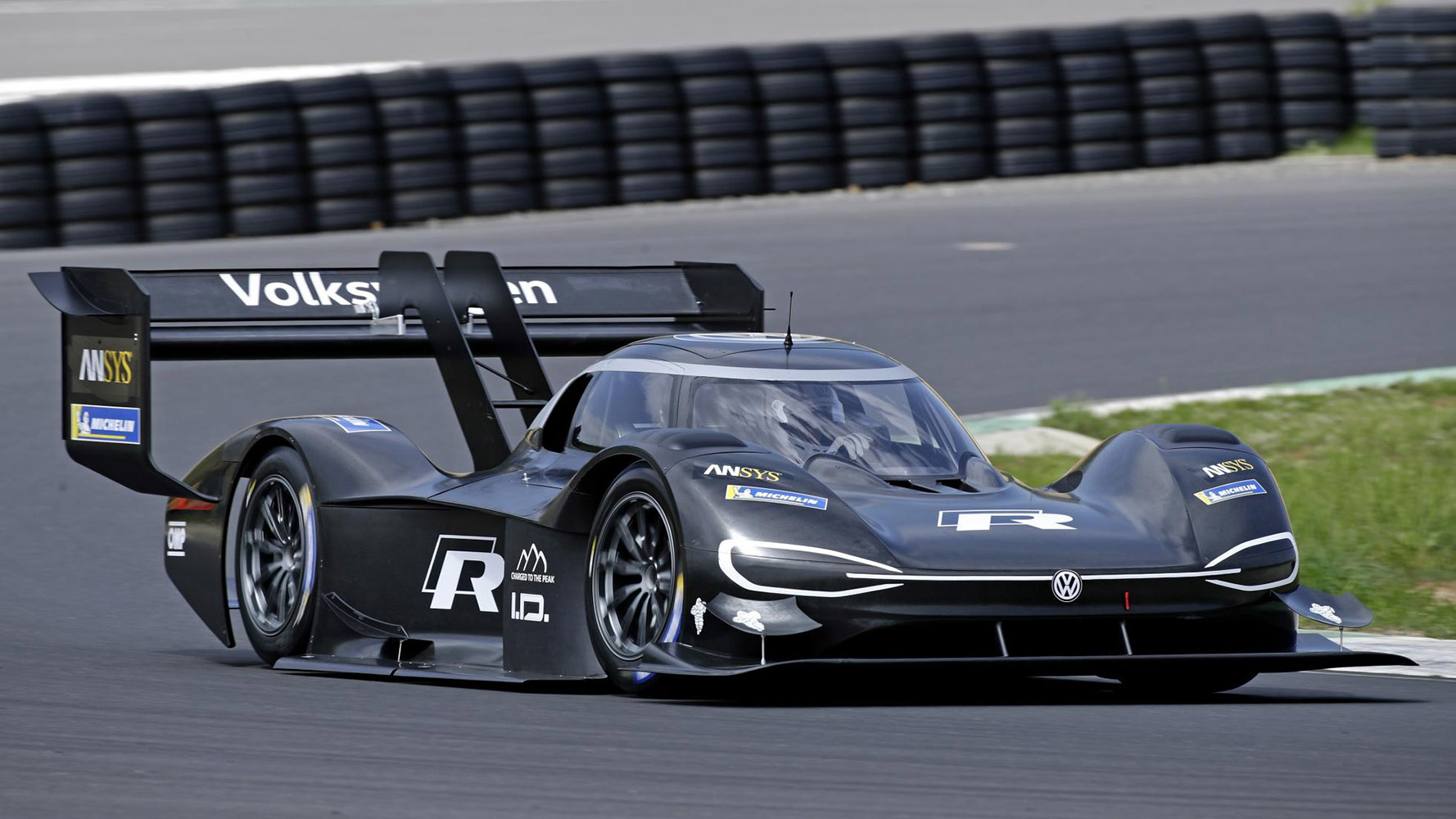 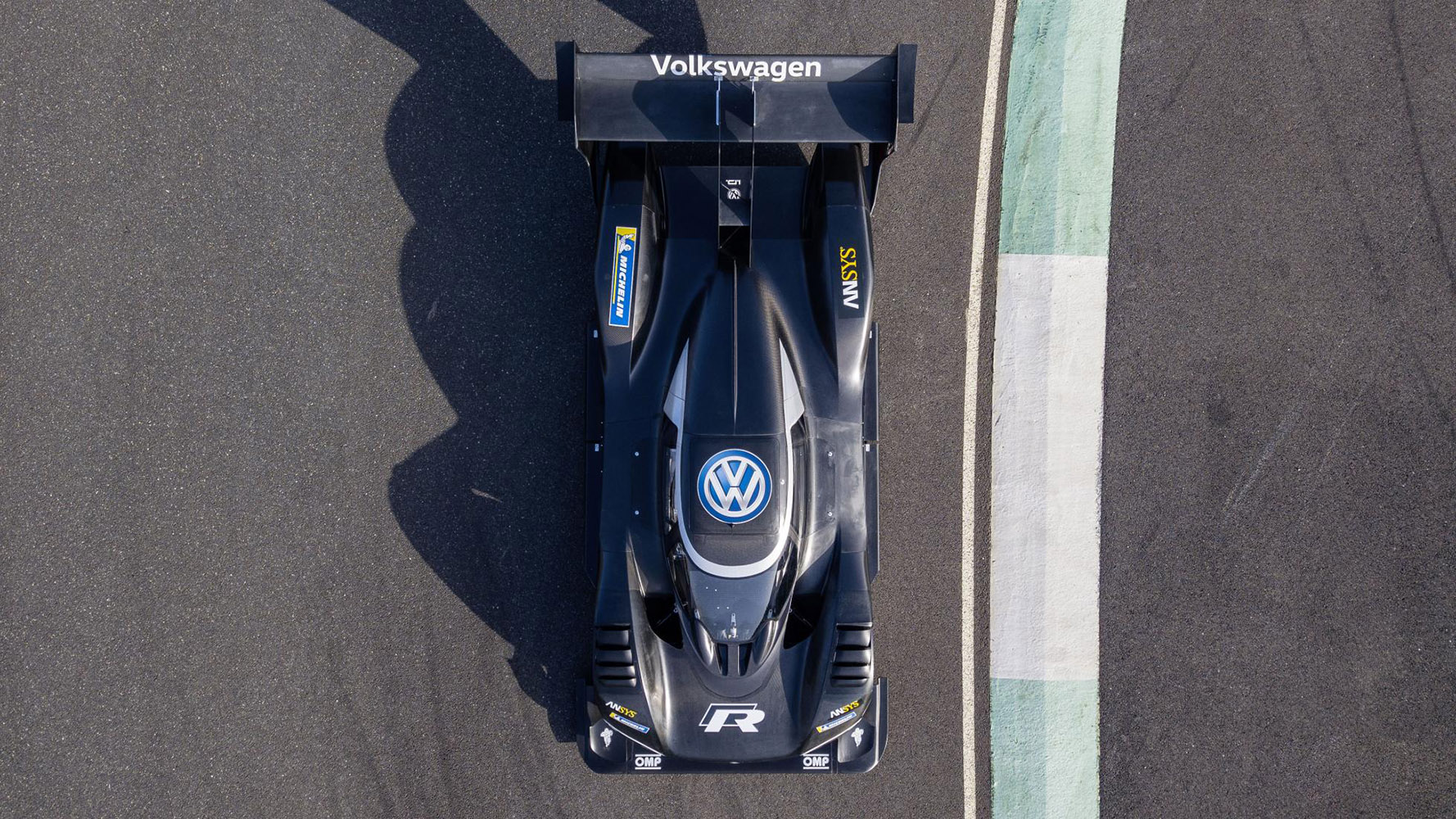 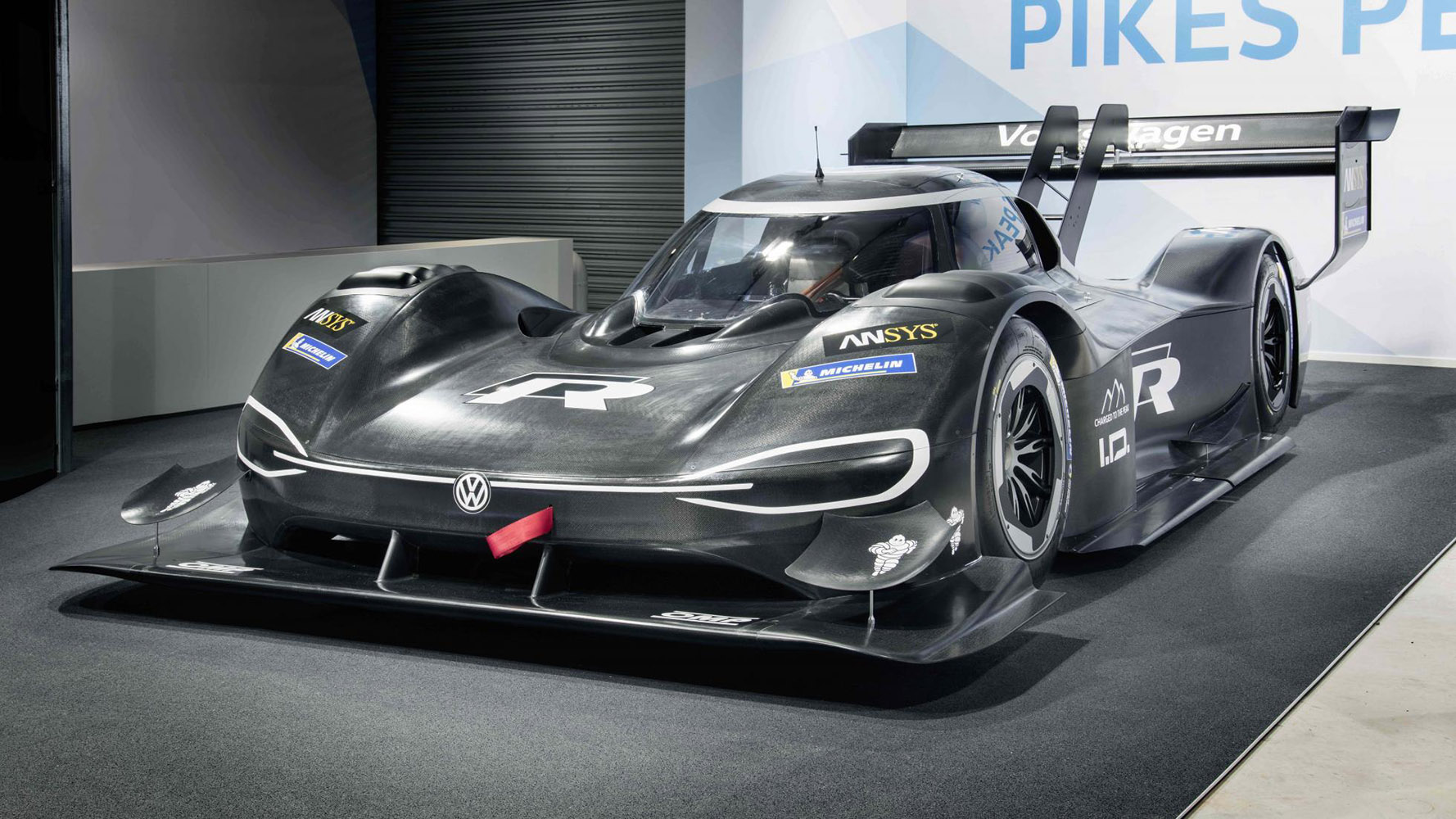 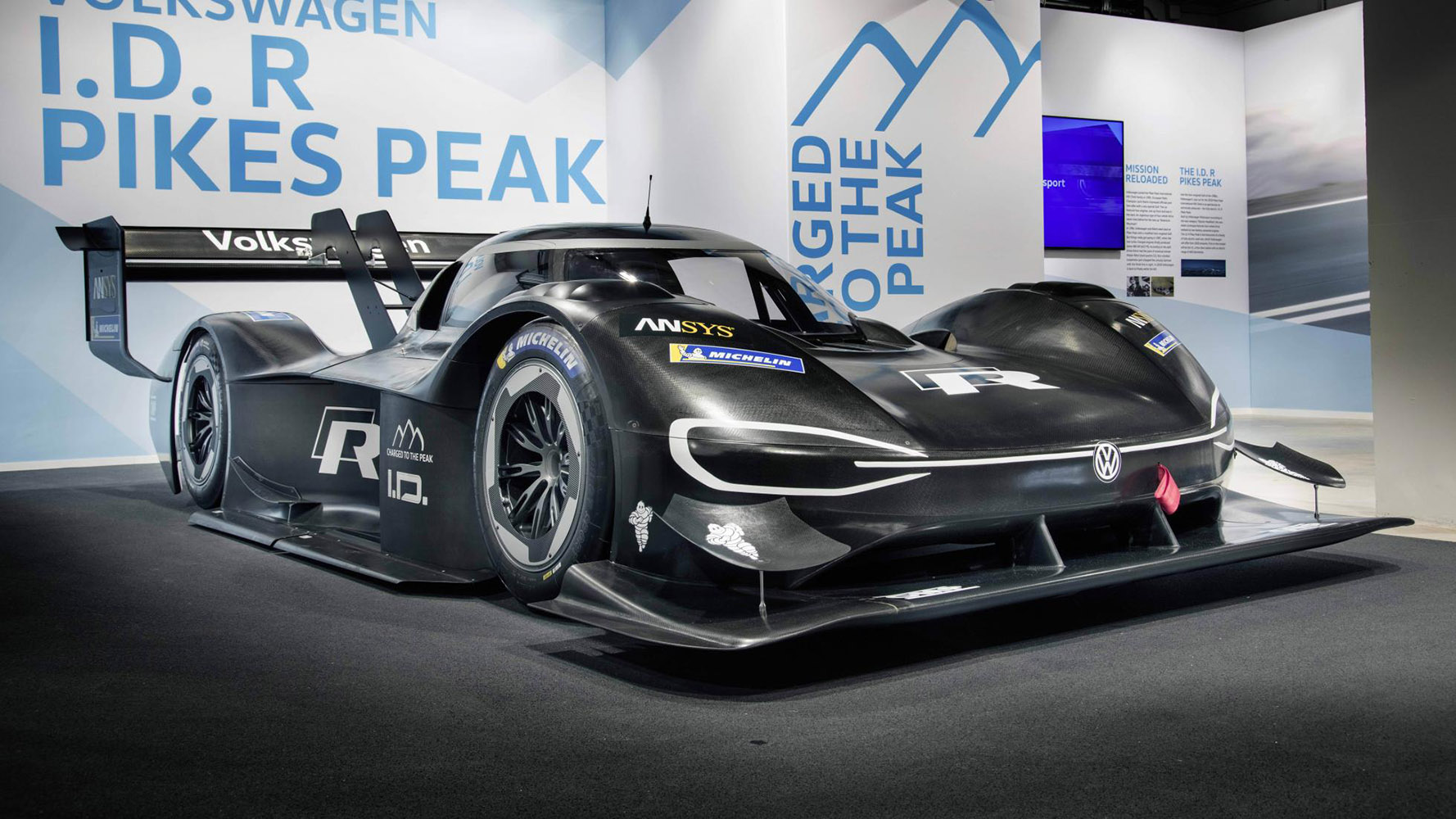 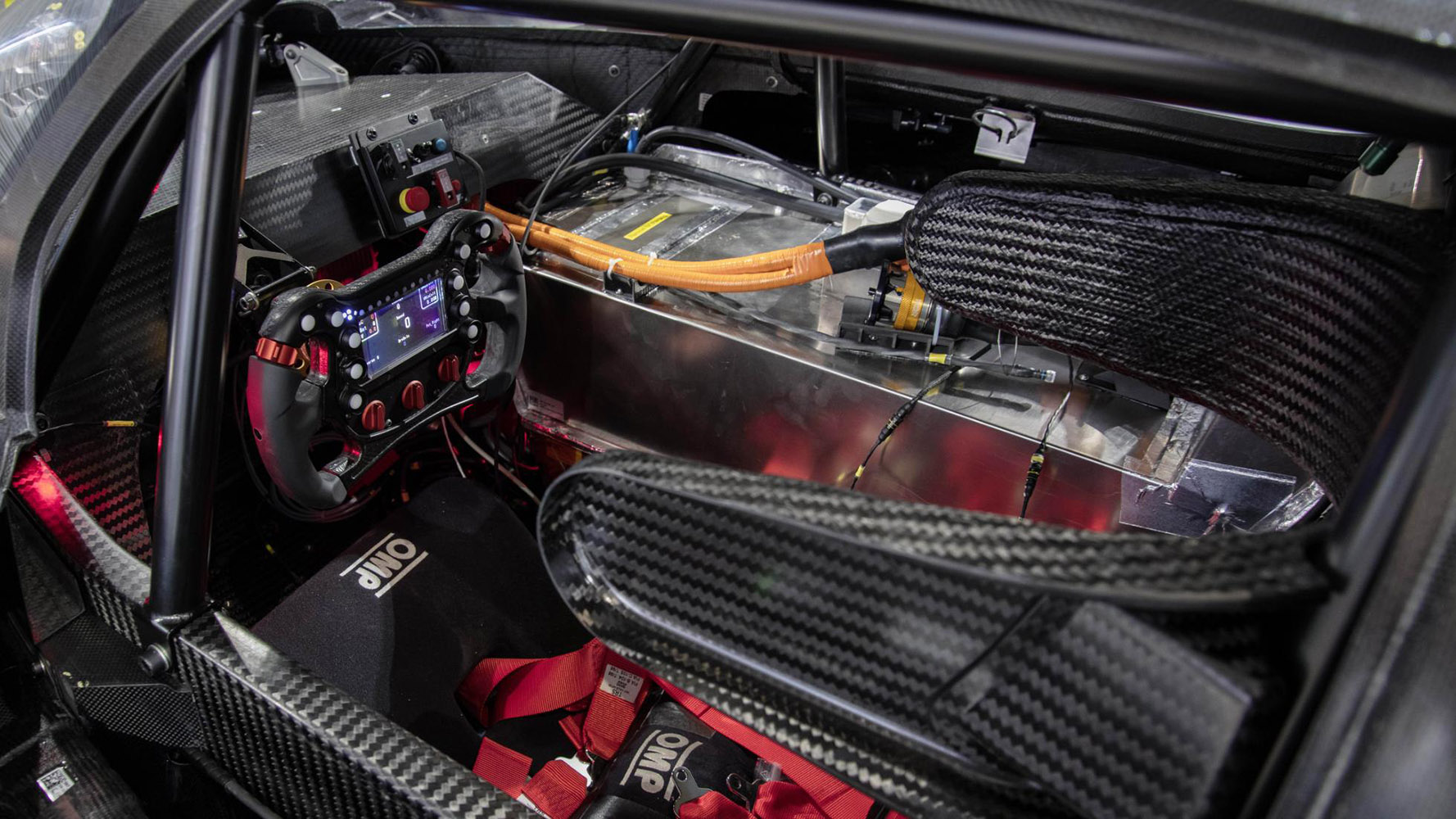 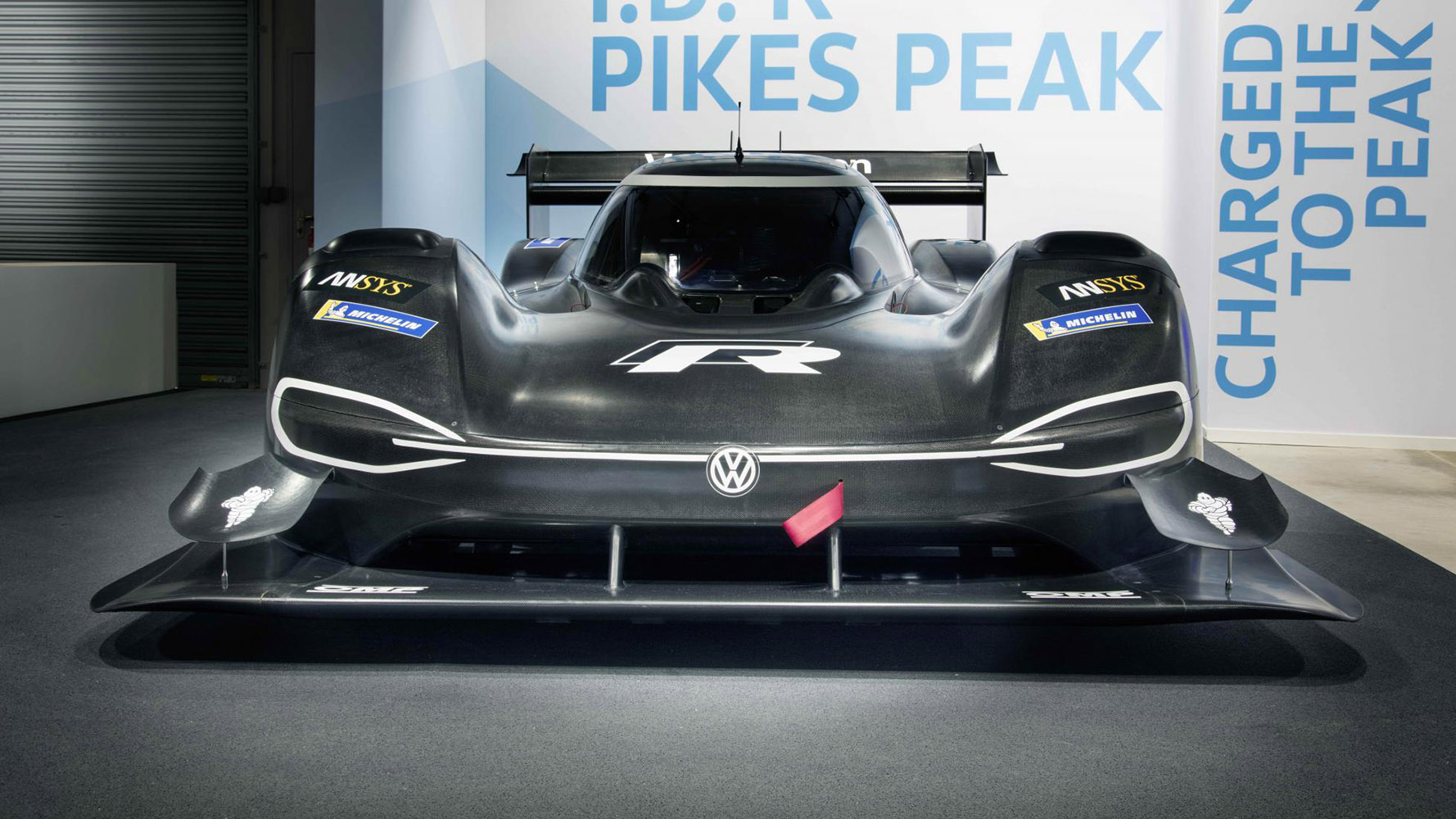 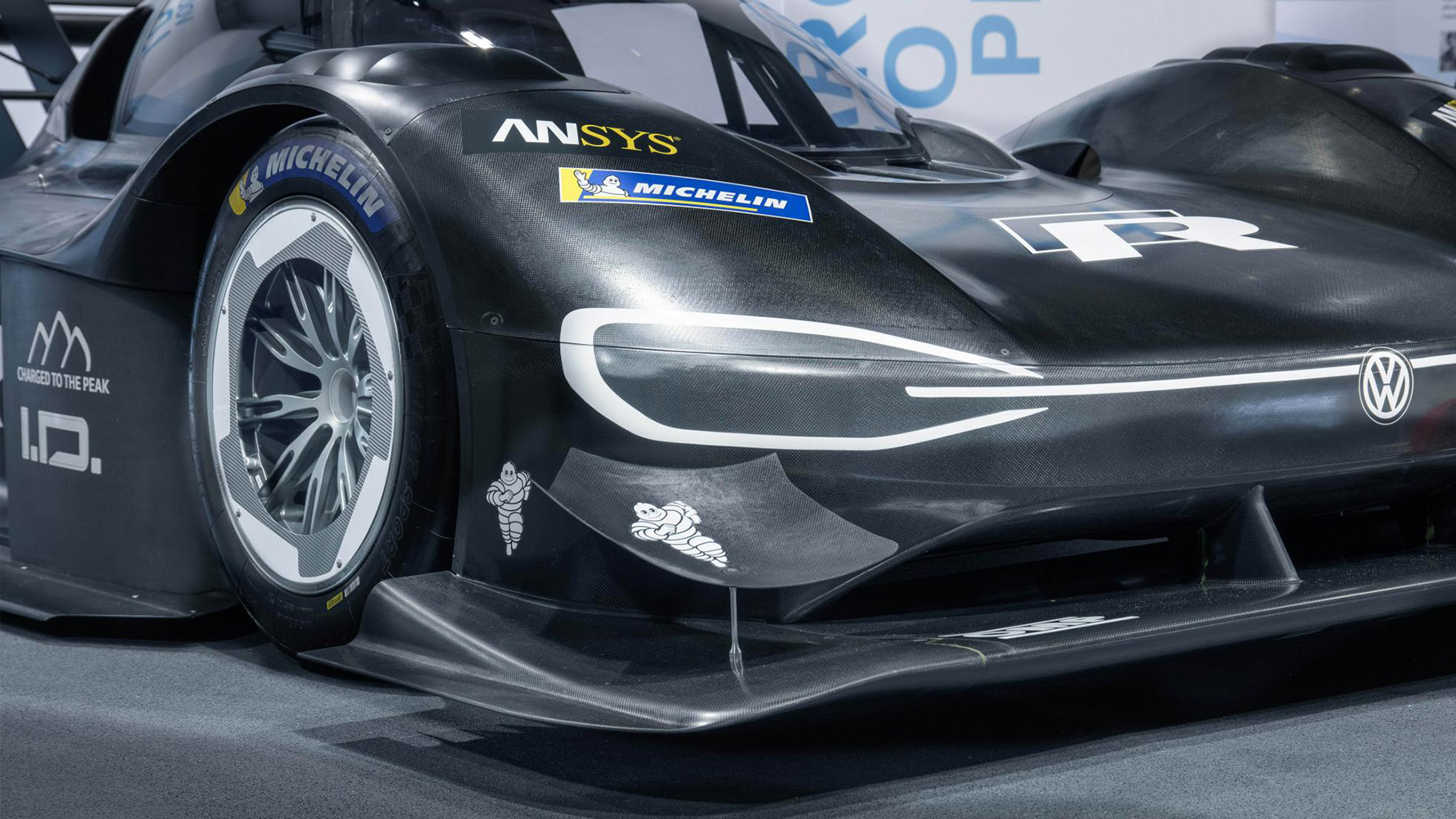 The VW bit you know. ‘I.D.’ of course, represents Volkswagen’s new generation of electric cars. ‘R’ = fast. Add it all together and you’re looking at the very interesting end of a 670bhp, pared back electric nutjob built to scale a very scary mountain. Quickly.

This is the – deep breath – Volkswagen I.D. R Pikes Peak. It is a lightweight electric prototype built to race at aforementioned scary mountain with the sole aim of smashing the current electric car record. So that’s a target of less than 8m 57.118s.

It’s certainly got the go to match the considerable show (just look at it). Underneath sit a pair of electric engines powered by lithium-ion batteries, the latter focused on sheer, outright power rather than range. There’s a permanent four-wheel-drive setup with active torque distribution too, so it should be nice and grippy. Gonna need to be.

VW reckons 20 per cent of the energy required to run the full PP course is generated through energy recovery (braking), feeding power back into the batteries for more push. The performance data reads as follows: 670bhp, 651Nm of torque, 0-100kph in 2.25 seconds and a top speed of 240kph. So yeah, it’s not really slow.

It’s not really heavy, either, weighing in at 1,100kg including the driver – Romain Dumas, who knows a bit about driving fast. He’s the current PP champion, and happens to have won Le Mans. Twice. But it is big, measuring in wider and longer than even VW’s own Arteon. Think Merc S-Class length. There’s a carbon monocoque with a steel roll cage, and double wishbones front and back.

“Customers have always benefited from the findings made in motorsport,” explains VW board member Frank Welsch. “We expect to take these findings and use them as a valuable impetus for the development of future I.D. models.

“The hill climb on Pikes Peak will definitely be a real acid test for the electric drive,” he added.

We’ll report back once they’ve attempted the run. Reckon the PP racer will smash that target?