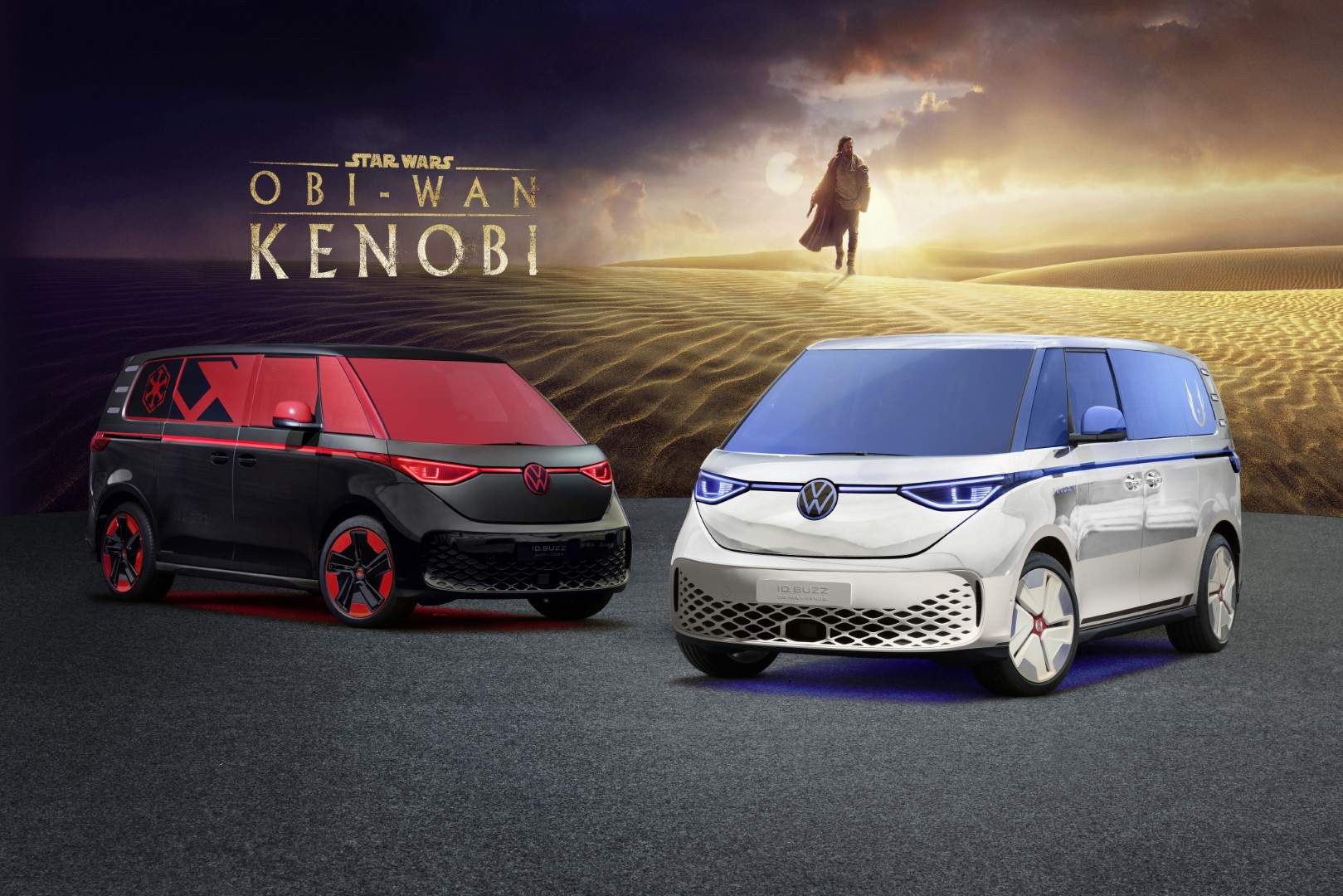 First organised back in 1999 to celebrate the release of Star Wars: Episode 1 - The Phantom Menace, the event has become an annual affair where fans and friends of the franchise get together and organise numerous exciting activities, including unveiling unique Star Wars-themed cars like what we're looking at here.

Both ID. Buzz showcars were on the carpet at the premiere of ‘Obi-Wan Kenobi’, a surprise addition to the fan event, where Volkswagen brand ambassador and star of the series, Ewan McGregor, was also in attendance.

While the ID. Buzz ‘Light Side Edition’ comes with a beige body colour inspired from the hue of the Obi-Wan Kenobi’s tunic, the shiny chrome bits on the upper section references the design of spaceships and droids from the Star Wars universe.

A blue line on the side, which continues to the front of the ID. Buzz into the headlights and light strip, symbolizes Obi-Wan’s blue lightsaber.

The glass surfaces of the electric ID. Buzz are designed in transparent blue, matching perfectly with the underbody lighting.

Logos of the Rebel Alliance can be found on the side windows as well as on the centre caps of the rims. The customized 21 inch wheels carry through the unique design of the entire vehicle. 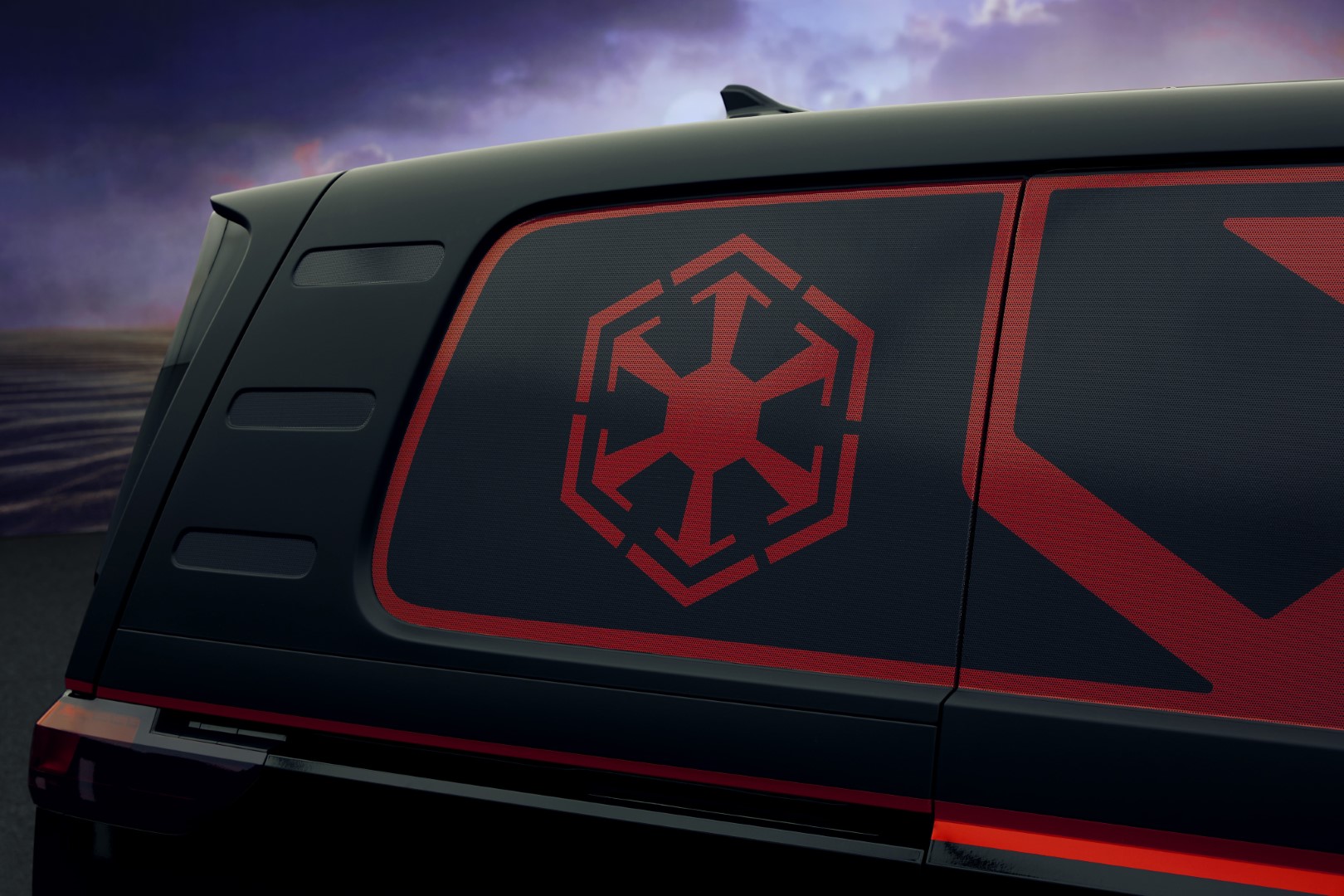 The film is shiny black on the lower area of the body, while the upper section of the Buzz is draped in matte black. Side lines, headlights, light strips and window surfaces are in a red hue, inspired by Darth Vader’s lightsaber.

The contrast of red and black is continued by the red underbody lightning. The center of the uniquely designed 21-inch rims and the body of the ID. Buzz bear the logo of the Empire.

It is also worth mentioning that this is the first time the designers from Lucasfilm and Volkswagen have worked in close collaboration for a special project.