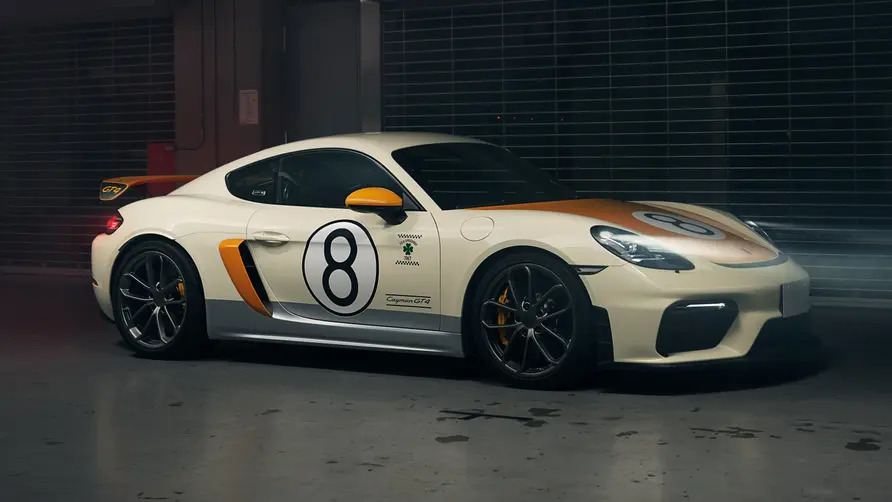 This is the Porsche 718 Cayman GT4 Tribute to 906, and the first thing you need to know is it’s not for sale.

That’s not to say you can’t have one, but you’ll just have to do exactly as Porsche Japan did recently and commission it through Porsche’s Exclusive Manufaktur programme. Porsche Japan won’t be selling this one – it’ll go on display at its Tokyo Experience Centre until the end of August before being wrapped in cotton wool for safe keeping (probably).

You’ll no doubt have guessed from the name, but this particular GT4 is special because the livery and all other personalised bits pay tribute to the 1967 Japan Grand Prix-winning 906. That was a car borrowed and driven by legendary racer Tetsu Ikuzawa, with the victory at the Fuji Speedway also securing him a spot on Porsche’s factory team for the 1968 season.

Porsche Japan’s tribute includes a Paint to Sample colour scheme based on that very 906 (chassis 145 for all you Porsche geeks out there) as well as a track map of Fuji Speedway’s 1967 configuration on the headrests and sills, much special badging and some lovely red stitching on the interior.