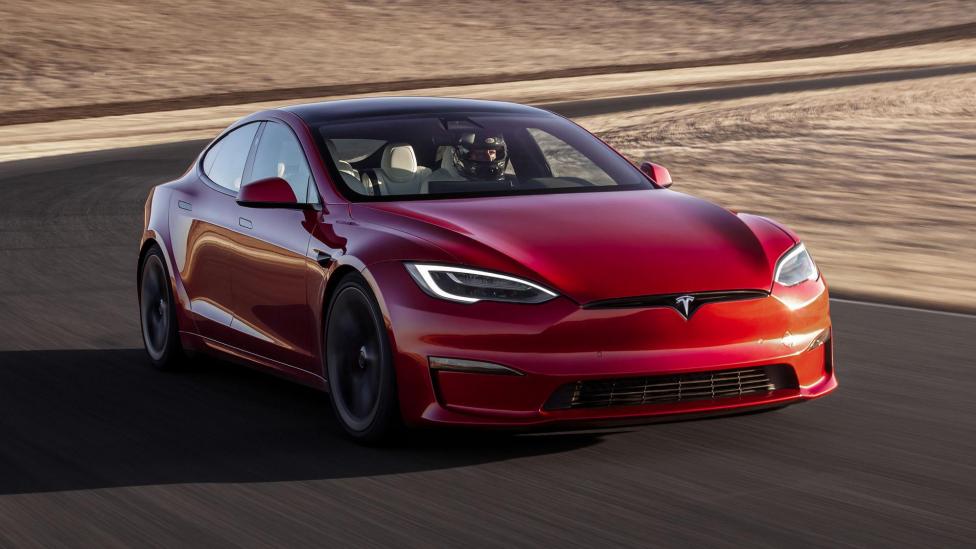 Big news in the world of EVs, and predictably it’s come straight from the Twitter account of Elon Musk.

The Tesla boss has announced that a Model S Plaid has claimed the lap record for production electric cars at the Nürburgring, with a time of 7min 35.579sec.

Check it out for yourself in the video above if you’re a fan of tyre squeal. That time makes the Plaid (complete with that controversial yoke steering ‘wheel’) around seven seconds quicker than a Porsche Taycan. Impressive.

It’s still a way off the 6min 45.9sec time set by Chinese electric car maker NIO with its EP9 EV supercar, although it would seem that NIO won’t produce its road-legal car in great enough numbers to claim a standard-spec production record.

“Next will be modified Plaid with added aero surfaces, carbon brakes & track tires (all things that can be done without Tesla being in the loop).”