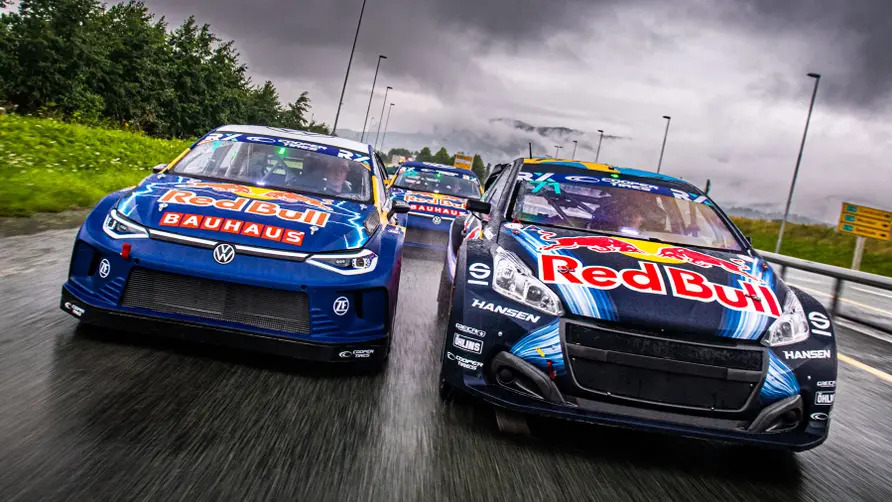 Big news in the world of rallycross – the FIA World Rallycross Championship has gone all-electric, and these are the cars that’ll kick off its new era.

Look like fairly standard hatchbacks, don’t they? And yet the top-class RX1e cars will get twin motor setups that make 680bhp and 74Nm of torque. Good grief. World RX bosses say the EVs would beat an F1 car in a 0-100kph sprint, although we don’t have any more than the headline figures in the way of technical details.

The cars were unveiled in downtown Stjørdal in Norway on Thursday, but this weekend they will take to the track in Hell for the very first time. That’s Hell the village in Norway by the way, we haven’t gone all apocalyptic just yet.

Anyway, we’ve gone off track slightly there. No more talk of family trees, we promise. What do we reckon to the new cars, Internet? Will you be watching now that the World Rallycross Championship is all-electric?