The 100,000th car, a Neptune Blue Taycan Turbo S, is destined for a customer in the UK 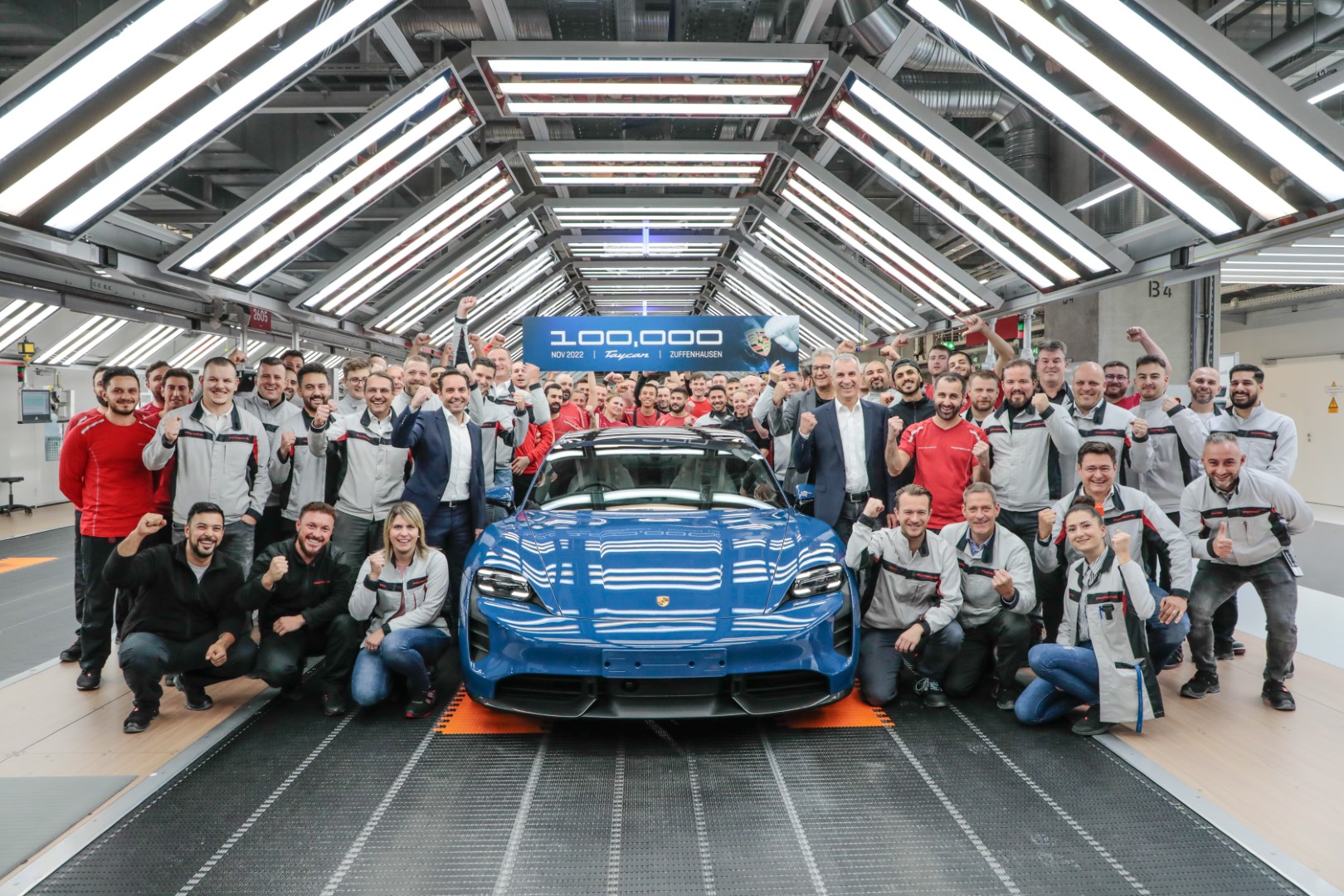 Just a couple of days ago, the 100,000th Porsche Taycan rolled off the production line. The milestone car left the assembly line about three years after production first started at the main plant in Zuffenhausen in September 2019.

It is not only in production that the Taycan has quickly reached the 100,000 mark. According to Porsche, it’s a magic number in terms of mileage, too, with many customers having already covered far more than 100,000 kilometres in the electric sports car.

“We are very pleased to have reached this milestone in production history so quickly – despite the recent challenges posed by the semiconductor shortage and the volatile Covid situation,” says Kevin Giek, Vice President Model Line Taycan. “With the Taycan, we have made a decidedly successful start in the electric age.”

The top three individual markets for the all-electric sports car are currently the US, China and the UK/Republic of Ireland. The model is now available in three body styles – the Taycan sports sedan, Taycan Cross Turismo and Taycan Sport Turismo.

In each case, up to five engine options are coupled with rear- or all-wheel drive. Its range of 513 kilometres (WLTP) makes the Taycan 4S the version with the longest range. The Taycan Turbo S is the current holder of the fastest production electric car record, with a time of 7 minutes 33 seconds round the Nürburgring Nordschleife.

Not only the Taycan itself, but also its state-of-the-art production methods set standards in the areas of sustainability and digitalisation. A high-tech production facility, featuring new technology and processes, has been built in Stuttgart-Zuffenhausen. Artificial intelligence (AI) is used in the production of the electric powertrains, for example.

Thanks to ‘machine learning’, for instance, camera systems assess quality even more precisely than conventional non-AI monitoring systems when stamping the drive number and pre-assembling the gearbox. This also reduces the workload of production staff, as they have to do less follow-up checking.

“The Taycan is an innovator and so is the Taycan’s production,” says Albrecht Reimold, Member of the Executive Board for Production and Logistics at Porsche.

“Since the start of production in 2019, we have been manufacturing the Taycan in a completely carbon-neutral manner. This now applies to the production of all sports cars at our plants in Zuffenhausen and Leipzig. This brings us another step closer to our vision of a 'zero impact factory'. Smart, green and lean – that's our understanding of sustainable production.”