With the 7th annual running of the Art of Speed show in MAEPS, Serdang last weekend as its setting, Kawasaki Motors Malaysia (KMSB) held the much anticipated launch of its all-new Ninja 250 entry-level sport model.

This is the replacement of the outgoing Ninja 250 that’s been around since 2013. Reworked from the ground up, this new quarter-litre sport offering from Team Green looks promising thanks to its sharp new look and a class-leading spec-sheet.

Much of the new bike’s design merge elements Kawasaki’s other sport-bodied Ninja models like the manic ZX-10R superbike and ZX-14R hypersport. Topping things off here are a set of flashy new full-LED lighting front and aft, not forgetting its two new selection of premium paint schemes and graphics too.

Underneath its pretty skin, the new Ninja 250 harnesses power from a reworked 249cc parallel-twin heart that features electronic fuel injection, eight valves and a twin-cam (DOHC) setup. All this sees this mill generate class-leading output figures of 38.2hp @ 12,500rpm and 23.5Nm @ 10,000rpm. 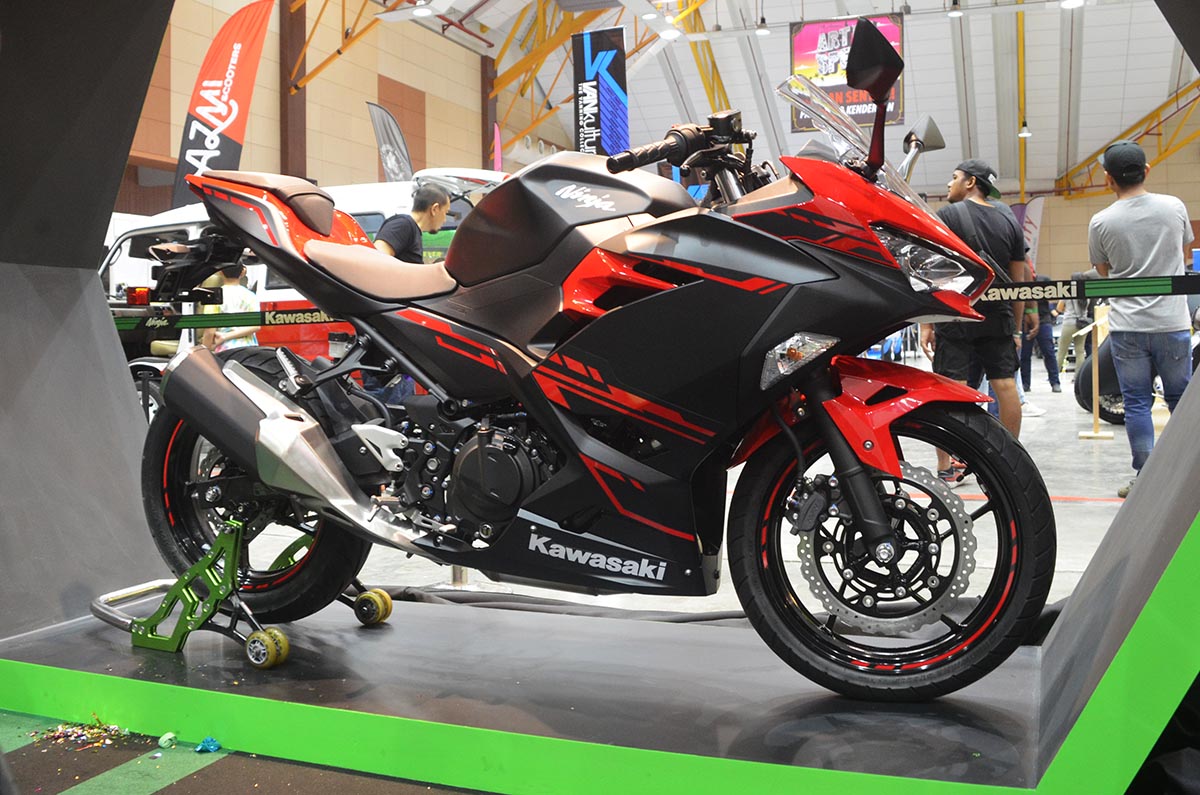 As per this segment’s norm, both power and torque are sent to the rear wheel via a six-speed manual chain-drive. Kawasaki have also primed the driveline further with an assist and slipper clutch feature that promises to enhance this quarter-litre sport’s riding experience further.

Unlike the outgoing bike, this new Ninja 250 benefits with an all-new and lighter chassis construction, with its 164kg (wet) figure marking a near 6kg reduction from before. Other highlights include a large 14-litre fuel tank, all-round disc brakes (Front: 310mm, Rear: 220mm) with twin-piston calipers, as well as a 41mm telescopic front fork setup.

Riders will be glad to know that Kawasaki have also reworked the bike’s ergonomics, promising greater riding comforts. There’s also a neat new fully digital instrument display panel that boasts a gear position indicator amongst many others – a feature absent in the current, outgoing Ninja 250.

The new Kawasaki Ninja 250 is set to hit showroom floors nationwide this August, where it will command a base selling price of RM23,071.10. Beyond this, an ABS-equipped version, as well as the global-spec Ninja 400 version is also in the pipelines, with KMSB promising their debuts at a later date. 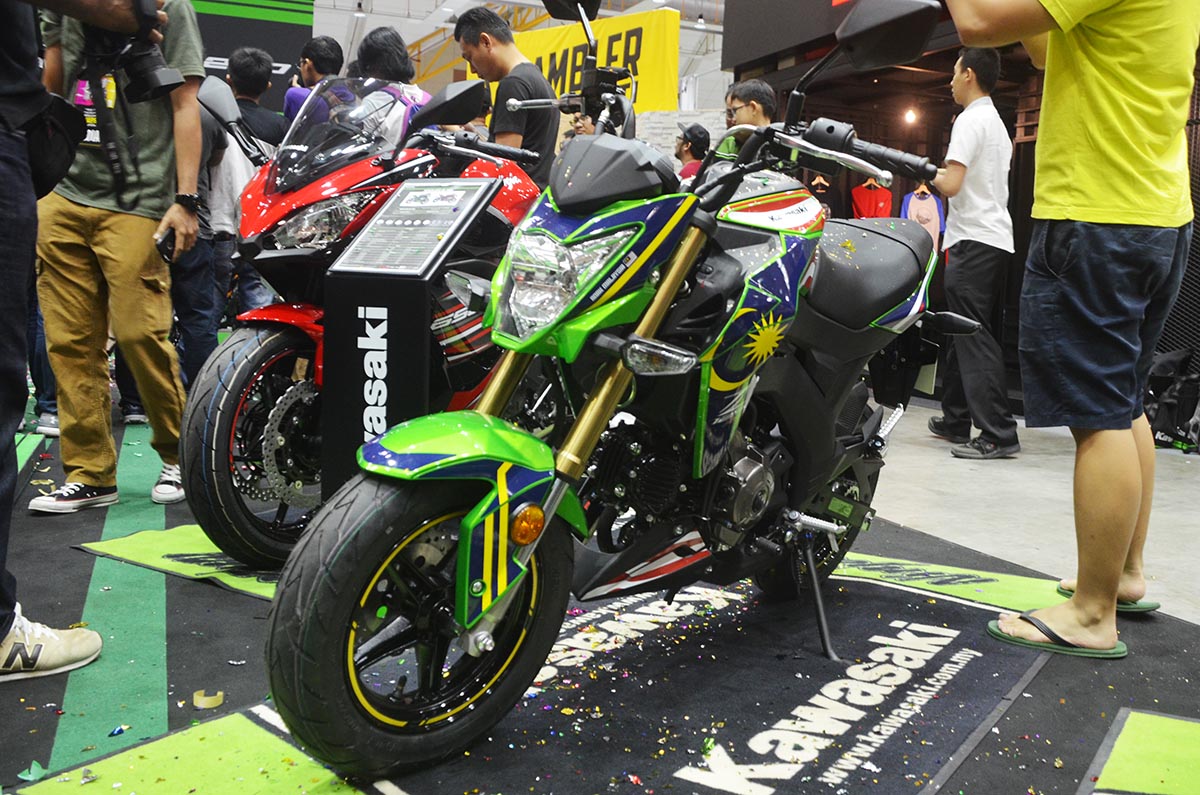 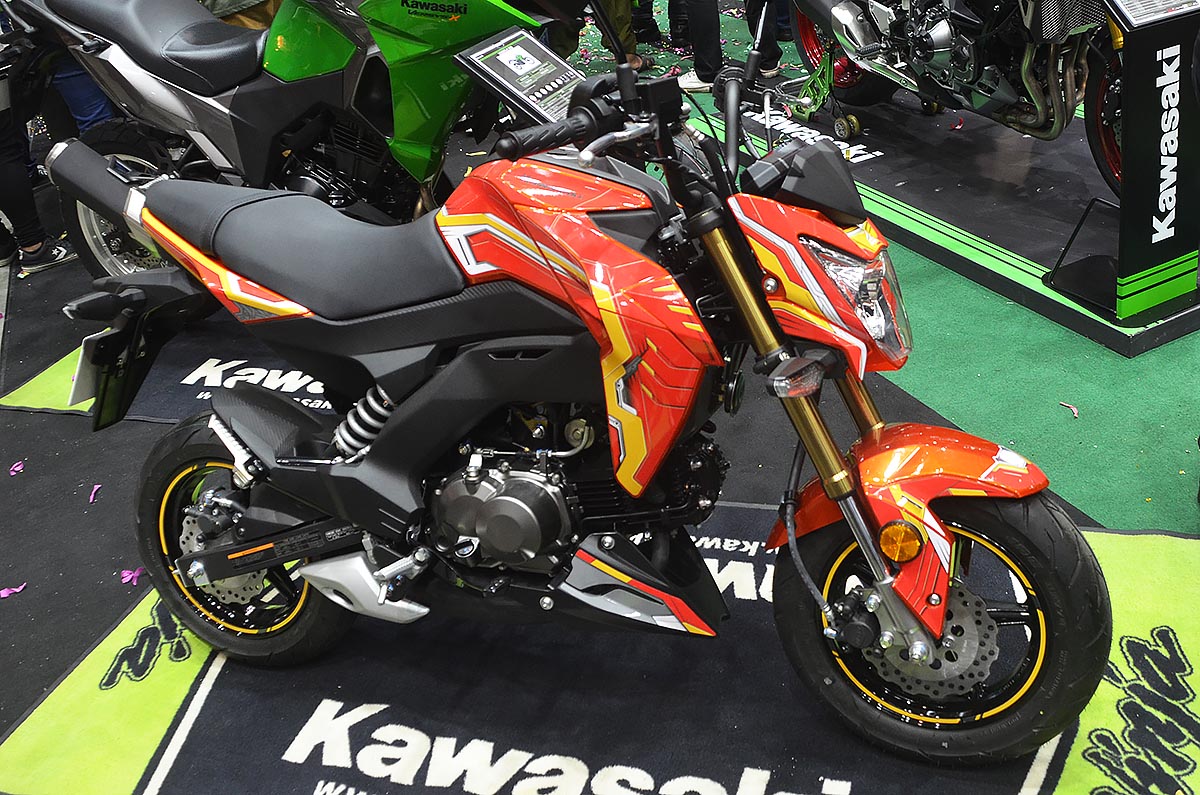 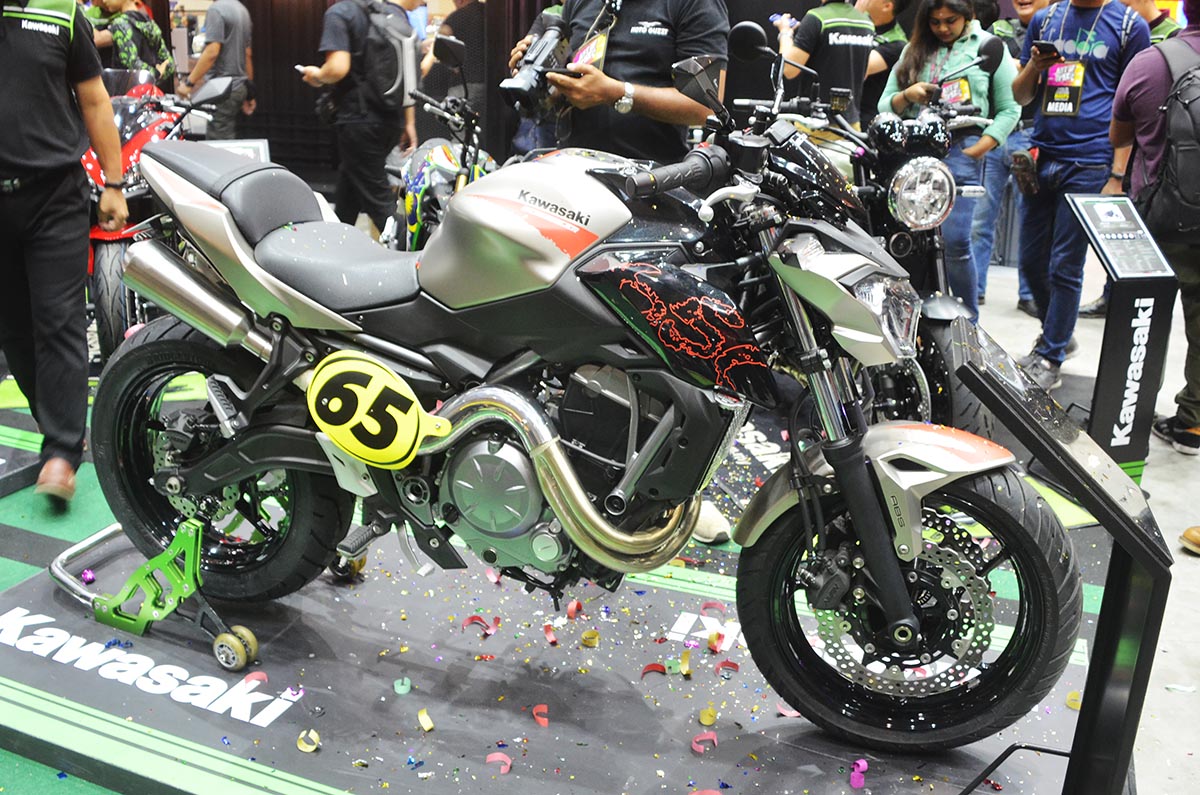 During the launch event, KMSB also took the liberty at previewing its new ‘Anak Malaysia’ and ‘Iron Man’ colour schemes for its popular Z125 Pro pit bike model. Available exclusively for the Malaysian market, these options for the Z125 Pro will also go on sale in August.

Besides that, the firm also previewed a Z650 Scrambler custom bike for the Art of Speed 2018 show. KMSB is reportedly readying this special version of its entry-level naked middleweight exclusively for the Malaysian market, and we can expect its entry into the market at a later date too.