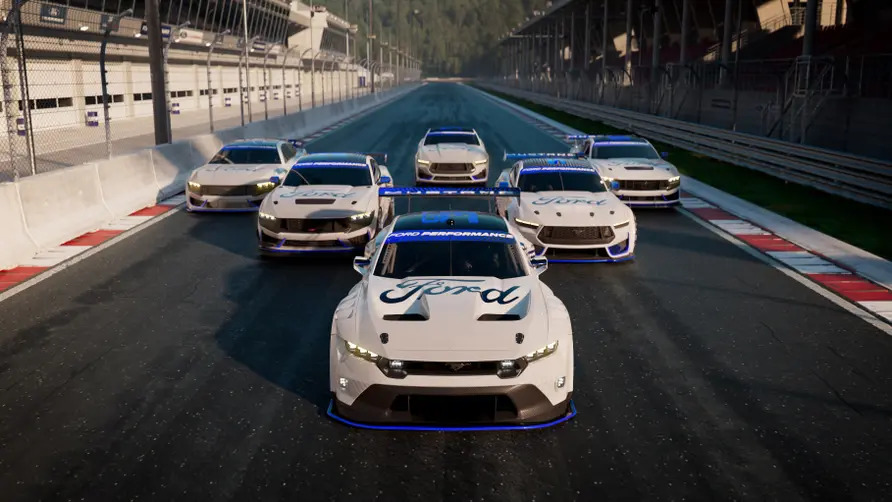 So, you’ve read all about the new seventh-generation Mustang. You’ve read up on the track-focused Dark Horse version, as well as its even more serious, track-only S and R iterations. And yet... you still want something a little more hardcore, a proper race-spec Mustang.

Well, here’s a whole bunch of them for you. This is the full racing family of the new Mustang, and the huge headline news is that the GT3 car will head to Le Mans in 2024.

“Mustang is raced at all the great tracks around the world, but there is no race or track that means more to our history than Le Mans,” said Bill Ford. “It's where we took on Ferrari and won in the 1960s and where we returned 50 years later and shocked the world again.

“Mustang will go back to Le Mans. Once again, we will Go Like Hell.”
Looks like the NHRA Factory X drag racing Mustang will go pretty well too, although we're told further details of all the cars will be released in the coming months. From left to right on the main image above you’ve got the Mustang NASCAR, the Mustang GT4 racer, the Mustang GT3 up front with the Factory X behind, then the Australian V8 Supercar and finally the Dark Horse R.

Reckon Ford will see success in the GT3 class at Le Mans?