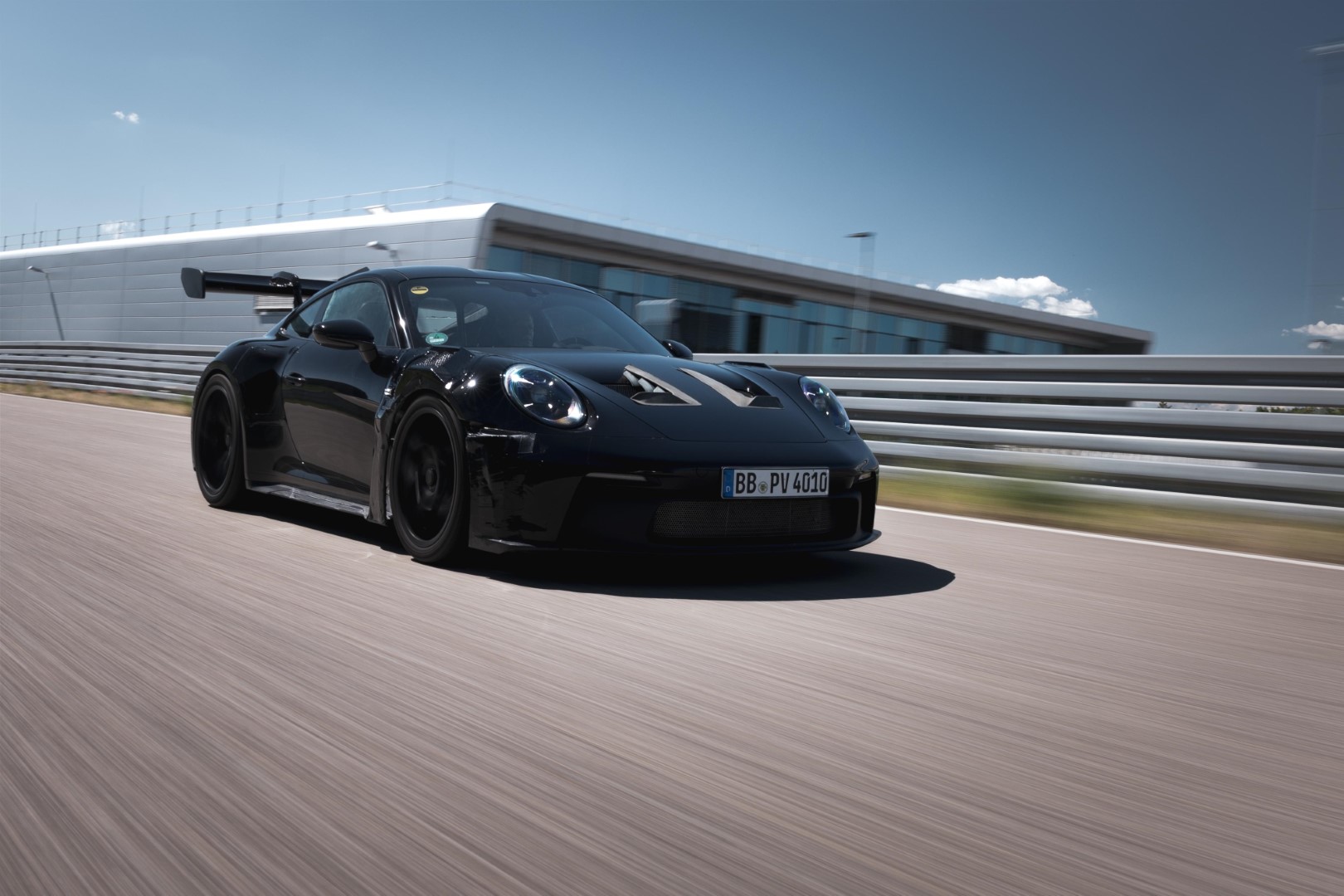 All-set to celebrate its world premiere on 17 August, Porsche today released a teaser image of the car  alongside the announcement of the debut date.

According to Porsche, the development of the high-performance sports car was inspired by the successful 911 RSR and 911 GT3 R GT racing cars.

The company said that the new 911 GT3 RS is even more optimised for track use than its predecessors.

It is said that power will come courtesy of the a high-revving naturally aspirated 4.0-litre, six-cylinder boxer engine which will be kicking out approximately 500 PS.

Porsche also mentioned that the new 911 GT3 RS will be ideal for use at trackdays and even club sport events in its stock form.

Instead of focusing on the output figures and squeezing the most out of the engine, the folks at Porsche said that a lot of emphasis was actually given to the aerodynamics and the chassis during the development of the new 911 GT3 RS, in an effort to ensure maximum driving pleasure more than anything else.

“The new 911 GT3 RS is even more optimised for track use than its predecessors. The spontaneously responsive, high-revving four-litre, six-cylinder boxer engine with approximately 500 PS has proven ideal for use at track days and club sport events,” said Andreas Preuninger, Director GT Model Line.

“That's why we focused primarily on aerodynamics and chassis questions in the development of the new 911 GT3 RS.”

That being said, all the remaining details of the all-new Porsche 911 GT3 RS will be revealed on the 17th of August when it makes its world debut, so watch this space for updates.

Porsche celebrates 20 years of the Cayenne