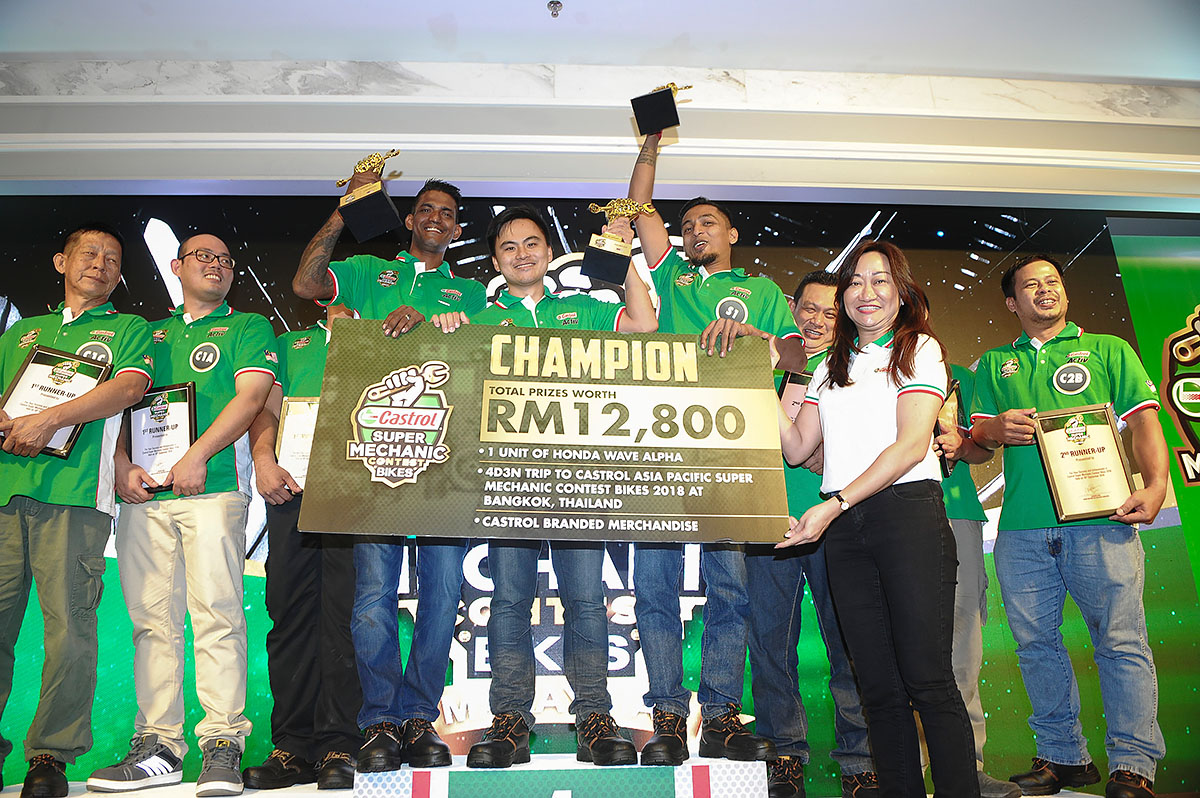 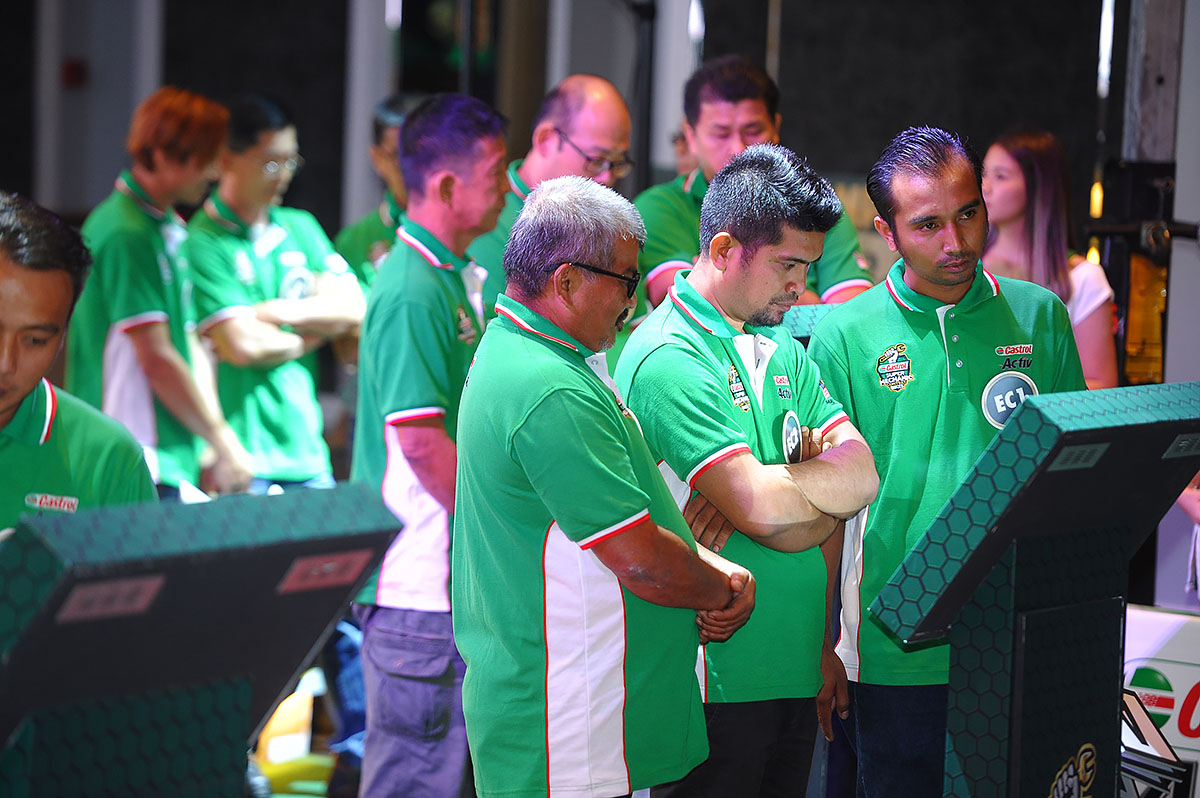 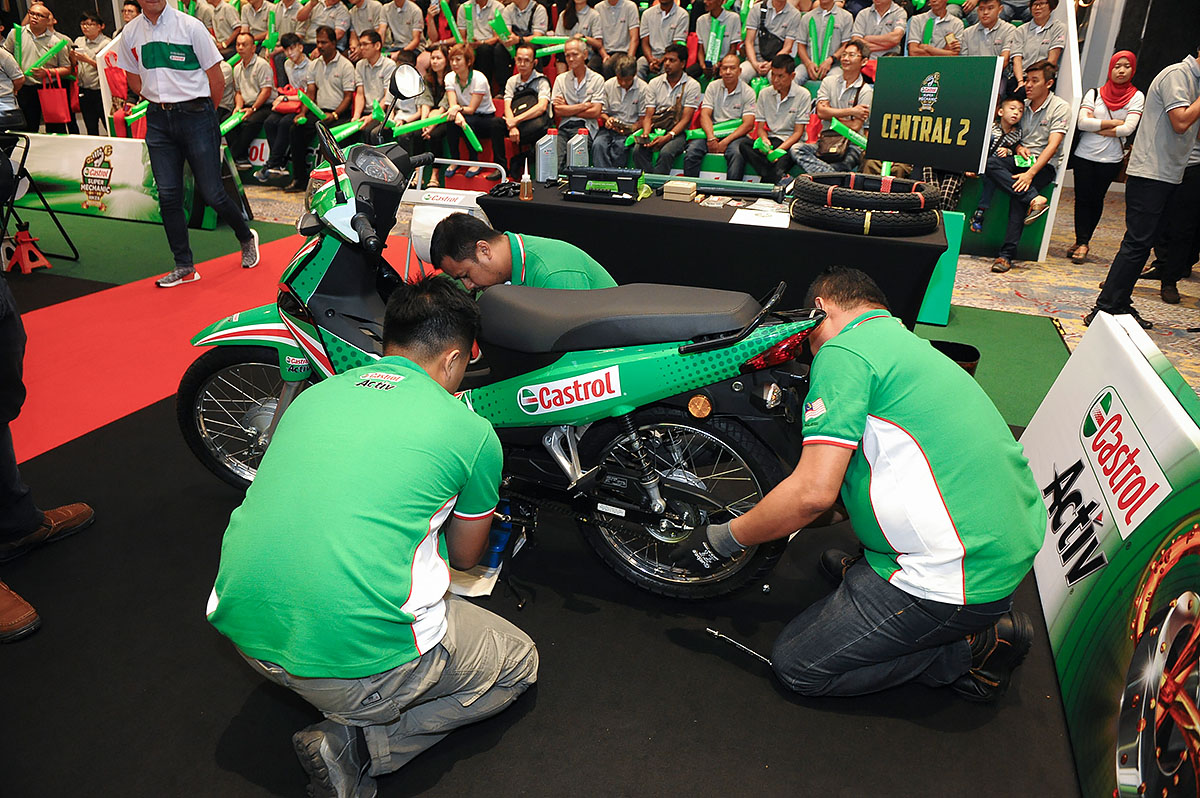 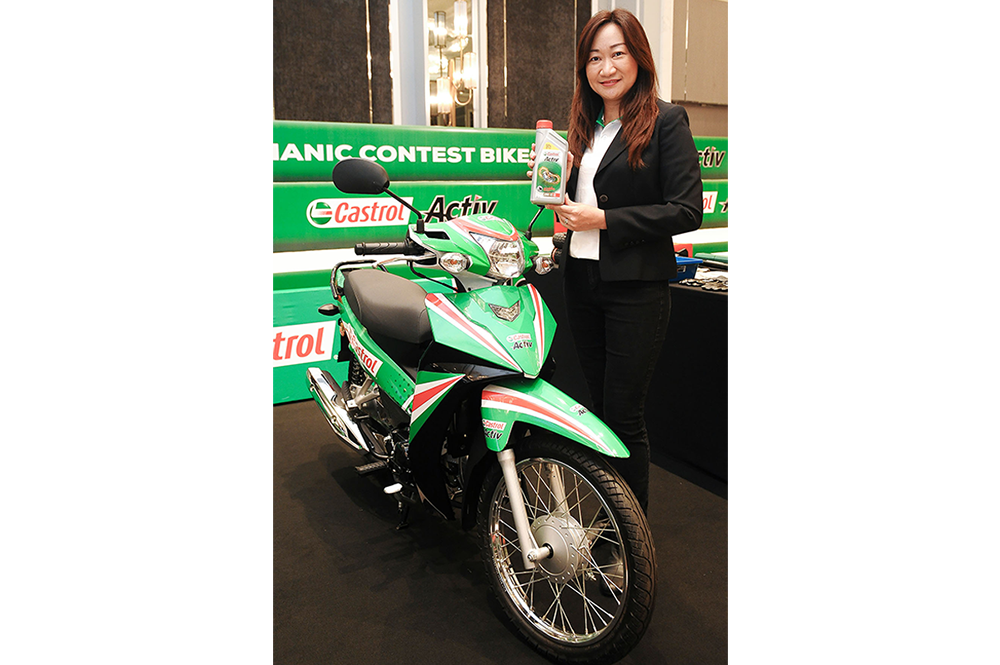 Clinching the top spot was the Southern team who after four months of intense competition, were crowned champions. They edged out close to 2,000 other mechanics from across Malaysia.

The Malaysia leg of the Castrol Bikes Super Mechanic Contest 2018 kicked off in April 2018 with a nationwide search for the best mechanics. A total of 18 mechanics, who formed six teams of three each, ultimately made it through to the semi-finals. Members from The Automotive Education & Technical School, School of Skills, was present to lend their expertise in the judging panel. 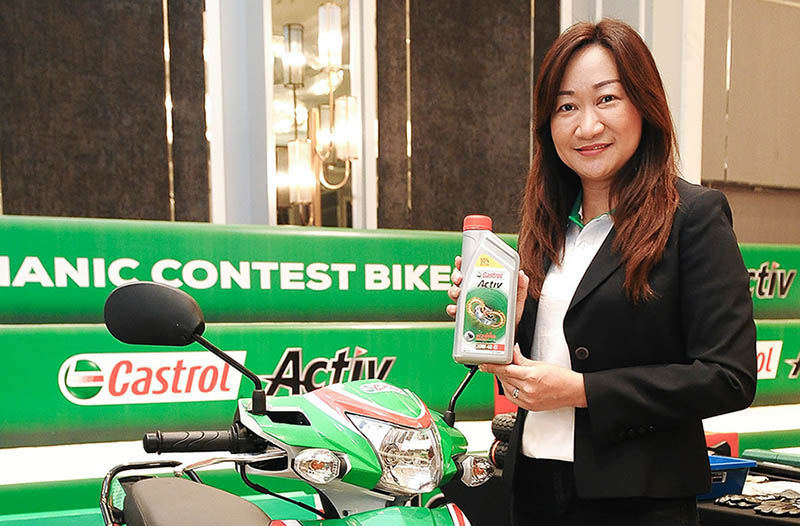 The winning team will represent Malaysia at the Castrol Asia Pacific Bikes Super Mechanic Contest 2018 in Bangkok, Thailand, this coming November, where they will go head-to-head with top mechanics from Thailand, Vietnam, Indonesia, Philippines and India.

Speaking at the event, Keow Mei-Shan, Marketing Director Malaysia said “Castrol prides itself as being a name that is at the forefront of up-skilling and encouraging the unsung heroes of the nation - the mechanics. We recognise, acknowledge and reward them for being experts in their field. We are extremely proud of the champion team which will go on to represent Malaysia at the Castrol Asia Pacific Bikes Super Mechanic finals and wish them all the best”.

“We are grateful to Castrol for the opportunity to showcase our talent and even learn new tricks of the trade from other participating mechanics. Thank you Castrol for giving us the opportunity to continuously better ourselves and get our names out there. We will carry the spirit of “Malaysia Boleh” strong and proud at the Castrol Asia Pacific Bikes Super Mechanic finals” said both Saravanan and Sivananthan of Soon Tat Motor Enterprise.

Editor for Top Gear website. Likes to kart, and drive other vehicles that can strain neck muscles at corners.