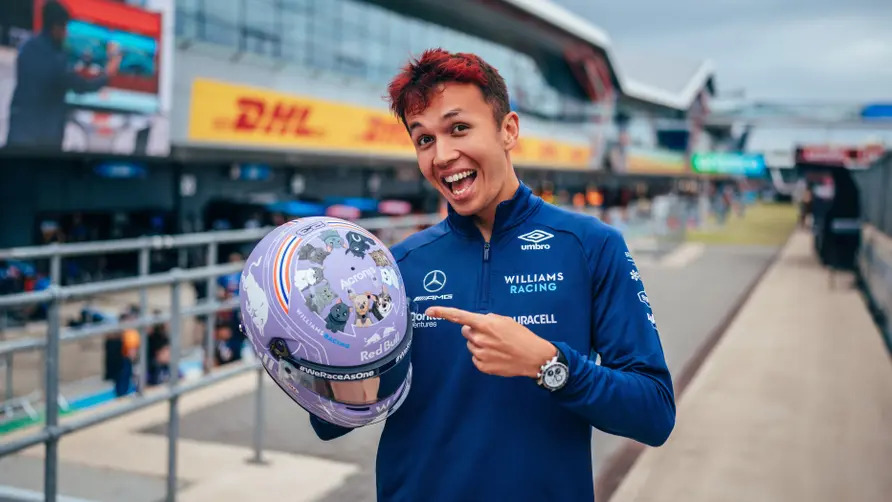 Williams has agreed a deal with Alex Albon that’ll keep him in F1 next season and beyond, in a rare case (this week at least) of a contract announcement that both team and driver know about.

Unless you’ve been living under a rock for the last 24 hours, you won’t have failed to notice the saga surrounding Alpine and reserve driver Oscar Piastri, who the team ‘confirmed’ for 2023 only for the Aussie to deny it.

Piastri took to Twitter last night to say that Alpine’s press release had been issued “without my agreement”, and Albon mimicked the 21-year-old’s brief statement as he revealed his own news.

“I understand that, with my agreement, Williams Racing have put out a press release this afternoon that I am driving for them next year,” he joked. “This is right and I have signed a contract with Williams for 2023. I will be driving for Williams next year.”
Sensational stuff. Albon made his return to F1 at the start of the 2022 season, having sat on the sidelines the previous year after being dropped by Red Bull and sister team AlphaTauri.

Since finding a new opportunity with Williams the 26-year-old has impressed in what’s clearly the slowest car on the grid, scoring a point in only his third race with the team and bettering that result at the inaugural Miami Grand Prix just weeks later.
“It’s really exciting to be staying with Williams Racing for 2023 and I look forward to seeing what we can achieve as a team in the remainder of this season and next year,” said Alex. “The team is pushing hard to progress, and I am really motivated to continue this journey and further develop our learnings together.”

Team principal Jost Capito added: “Alex is a tremendous driver and valued member of Williams Racing, so we’re thrilled to be able to confirm we will be working with him on a long-term basis.

“Alex brings a great blend of skill and insightful learnings that will help bring the team greater success in the future. He’s a fierce competitor, has proved a popular and loyal team member and we are delighted that he will provide a stable base for us to continue to develop in this new F1 car era.”

The length of Albon’s contract isn’t known, with the team only revealing that it was a ‘multi-year’ deal. It isn’t yet clear who his teammate will be next season either, with Nicholas Latifi’s seat thought to be at risk.