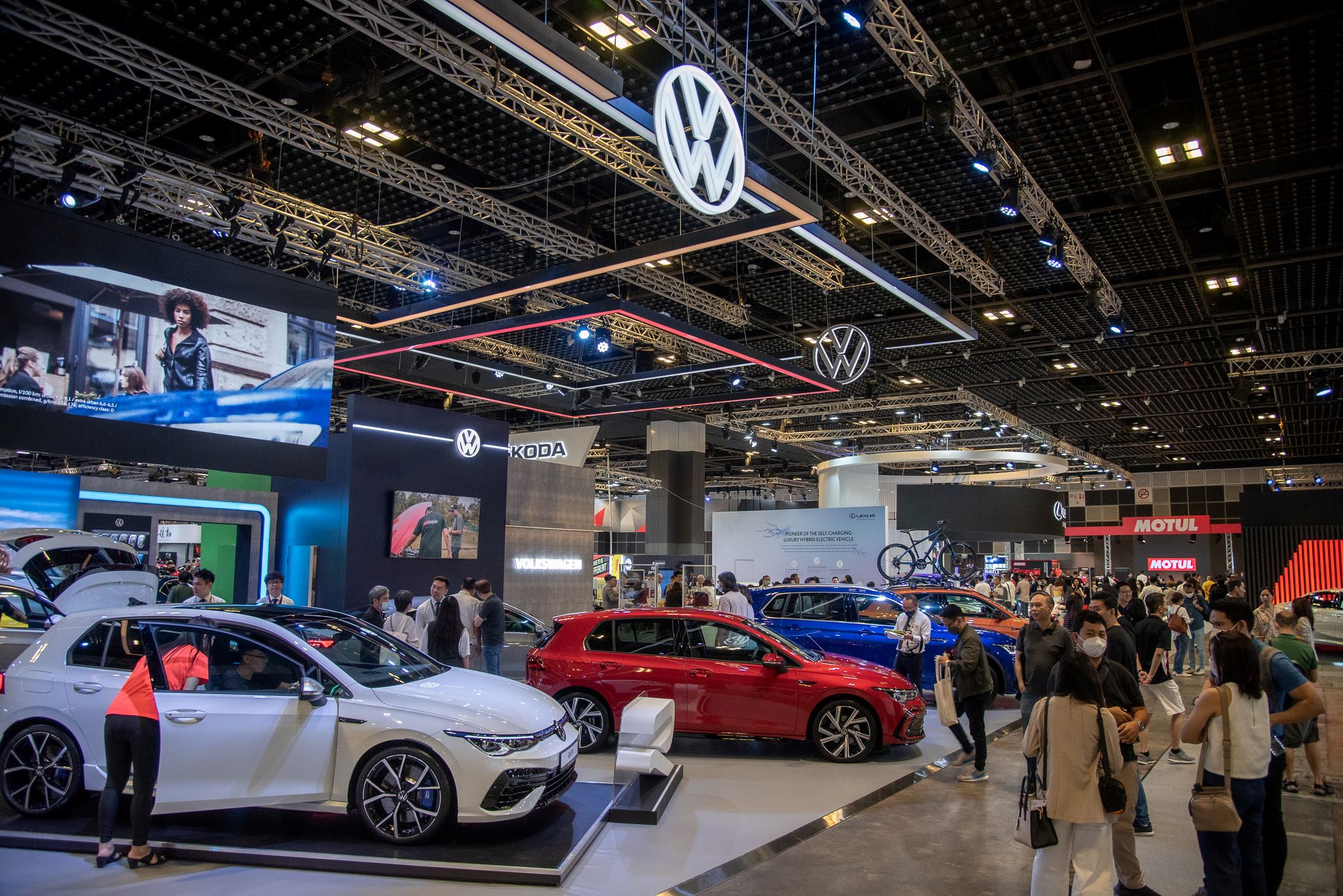 The 15th instalment of the Singapore Motor Show finally returns after a three-year hiatus. Held at the Suntec Singapore, the Motor Show will open its doors to the public from 1pm on January 12 and run till January 15.

This year’s affair promises to be far more than just a huge car carnival. Some brands are using the occasion to officially launch new models, a handful of ‘concept’ cars have been brought in for the event, while mainstay programmes like the Russ Swift stunt-driving show provides plenty of thrills for the audience. Audi's e-tron GT artcar is a collaboration with local artist, Andy Yang, who used AI in his creative development process to "do something he could never have before".

The result is a literal collaboration between man and machine and in Andy's own words, "a true harmony of art and science" inspired by the creation process of the e-tron GT.

The 'Electric Dreams' artcar is his attempt to channel the essence and energy of the all-electric e-tron GT sportscar, specifically its "feeling of electrifying motion". Fans have been waiting a long time for this… a M3 estate (or Touring in BMW-speak). Of course, Alpina has been churning out hotted-up estate versions of the 3 and 5 Series for the past few 3 and 5 Series generations, but this is BMW M’s very first go at it.

From the blast we had the last time we were in a M Touring – it was the V10-engined E61 M5 Touring – we expect the M3 Touring to live up to M’s legendary status.

Judging by the responses, there’s already a good amount of interest, especially given its arch-rivals Mercedes-AMG and Audi have always had fast estates in their rosters… and we can think of many petrolheads who are ‘wagon’ their tails over the prospect of a wagon-bodied M3. 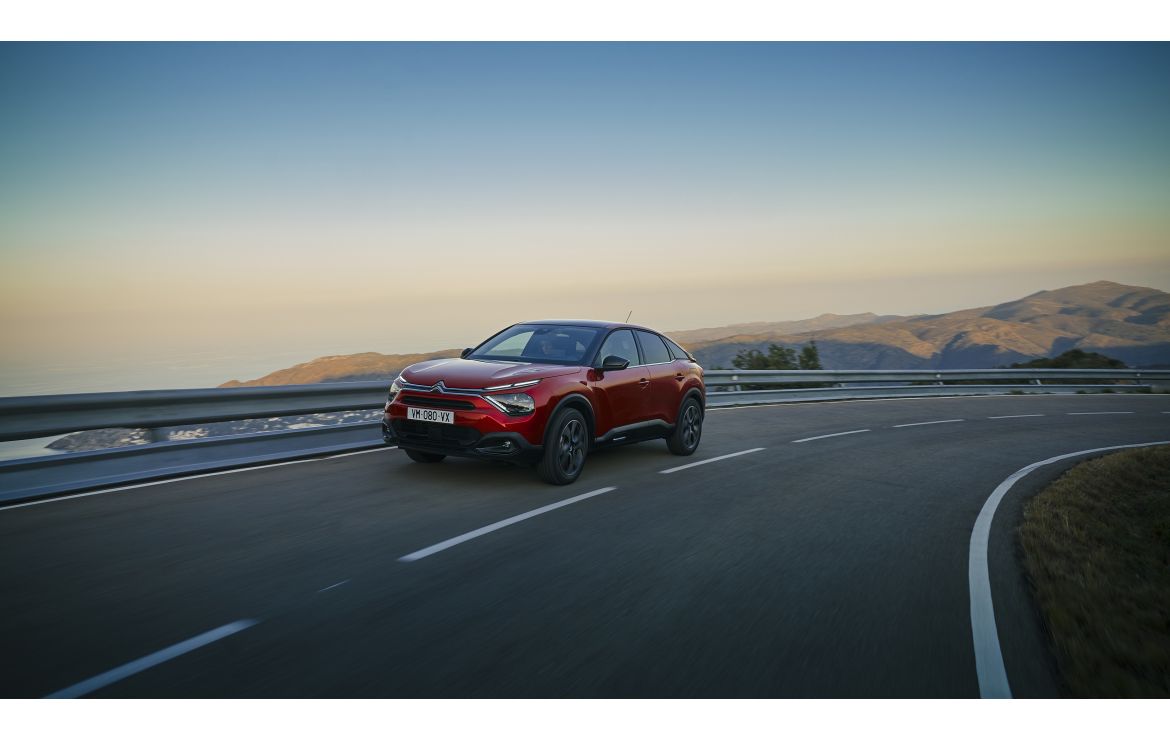 This is the all-electric variant of Citroen’s funky five-door crossover hatchback, which sits on the same platform and uses the same electric powertrain as the Peugeot e-208 and e-2008, Opel Corsa-e and Mokka-e and the DS3 Crossback e-Tense.

Some folks just want their EVs pliant, appropriately equipped and comfortably-padded for the daily trudge to/from the home/office, as well as the frequent weekend outing… and the e-C4 is a fresh face in the running. The first made-in-Singapore electric vehicle from the Hyundai Motor Group Innovation Center in Singapore (HMGICS) – the ‘IONIQ 5 First 100’ – makes its debut at the Singapore Motorshow.

To commemorate its production, Hyundai has announced a charity auction featuring 100 units of ‘IONIQ 5 First 100’, in conjunction with the President’s Challenge.

This Singapore-exclusive will feature stylish finishings, including unique ‘First 100’ car badges and commemorative ‘EVS’ plates numbered 1 to 100. The car will come in Gravity Gold Matte, with Dark Pebble Grey interiors and debossed seats. Both inside and out, the aesthetics of Kia’s current range of electric vehicles exudes a tasteful blend of futuristic and elegant sophistication. The Niro EV cuts a smart silhouette as it carves through the streets, with a visual identity that is compelling, yet unmistakeably Kia. Spec-wise and style-wise, the Niro EV has plenty of panache that lets it stand toe-to-toe with its European contenders Despite initial resistance, Toyota and Lexus have jumped into the EV fray, which allows them to compete in the immediate to mid-term until a more permanent solution to the global climate crisis can be found.

The RZ rides on a dedicated BEV platform and wears a chic and sharply-cut suit in Lexus’ inimitable style. The array of tech is impressive, yet the minimalist cabin is tastefully finished without leaving the occupants overwhelmed. Instead of a conventional steering wheel, the RZ features a yoke, which underscores its status as a technologically-forward vehicle. There's a delightful Nordic chic to the minimalist, yet inviting cabin, with the use of renewable materials, as well as thoughtful and stylish elements to the aesthetics, such as the freestyle doors and floating center console. 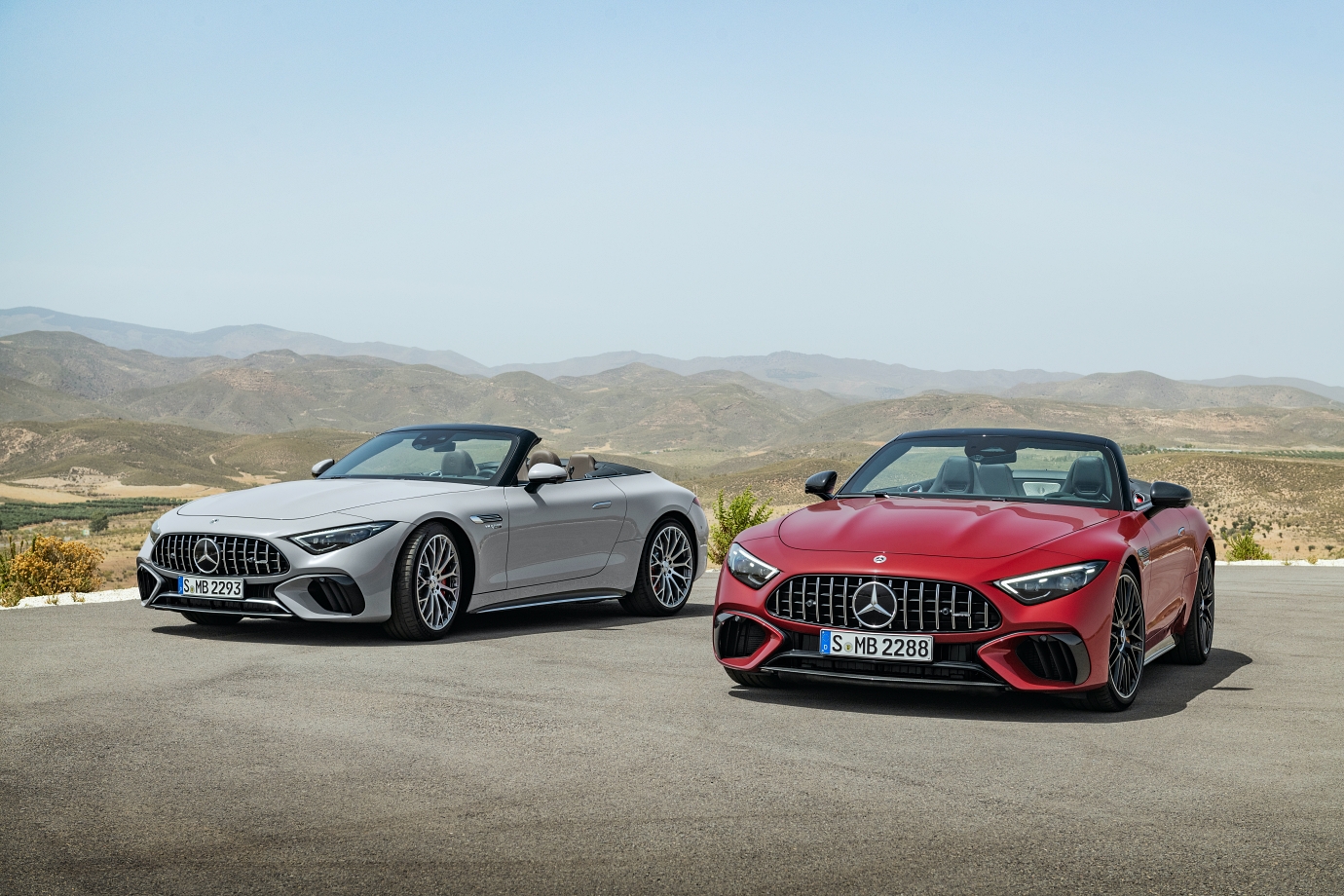 The drop-top, drop-dead gorgeous SL roadster is Mercedes-Benz's latest star to arrive at the Singapore Motorshow. We like that this latest seventh generation (with a model pedigree that goes back seven decades) brings back the soft-top roof last seen on the R129 SL up to the early 2000s, which gives it a softer silhouette in spite of its punchy performance and tighter, tauter body-styling.

Like the S-Class, the SL has always been at the vanguard of entertainment, comfort, as well as active/passive safety tech and this latest R232 is no exception. Fans might like to learn that the all-wheel-driven SL now falls under the 'AMG' brand umbrella (like the SLS and GT) and features 2+2 seating. MG’s latest EV takes the cheeky form of the MG4, a five-seater five-door Golf-sized hatchback built on the brand’s versatile MSP (for Modular Scaleable Platform)... but more importantly, features a flat-floor in the second-row.

We understand the rear-motored, rear-drive setup is good for an estimated 350km-450km (depending on the actual variant Singapore will get).

One thing’s for sure, the fresh and very bold MG4 is unlike anything else in the MG range today and should re-energise its portfolio in Singapore. More importantly, if the MG4’s price is aligned with the rest of its vehicles, we’re probably looking at exceptional bang for the buck (with a bucket-load of equipment to boot), which is a nice change from some of the bank-balance-bruising prices we’ve seen from its contemporaries. The custom-made, one-off collaboration between two British icons of style – MINI and fashion maven Paul Smith – is intended to embody a sustainable approach to vehicle manufacturing.

Guided by the theme of ‘Simplicity, Transparency, Sustainability’, the process was kickstarted by completely stripping down (hence ‘STRIP’... geddit??) a three-door MINI Cooper SE and reducing it to its structural essence, before including the elements the designer deemed absolutely essential.

Alongside the STRIP is another collaboration with the British designer – Recharged – where a classic 1998 Mini Paul Smith Edition has been transformed into a zero-emissions electric vehicle. The new unique ‘Recharged’ retains the unmistakable shade of colour, while the lime green battery box is reminiscent of a 1990s colour palette. ŠKODA has added an elegant coupé to the MEB-based all-electric ENYAQ iV range, which even includes a sporty vRS variant. The ENYAQ iV Coupe features even more dynamic styling (and an improved drag co-efficiency) compared to the SUV, yet also features generous cabin space and boot capacity. 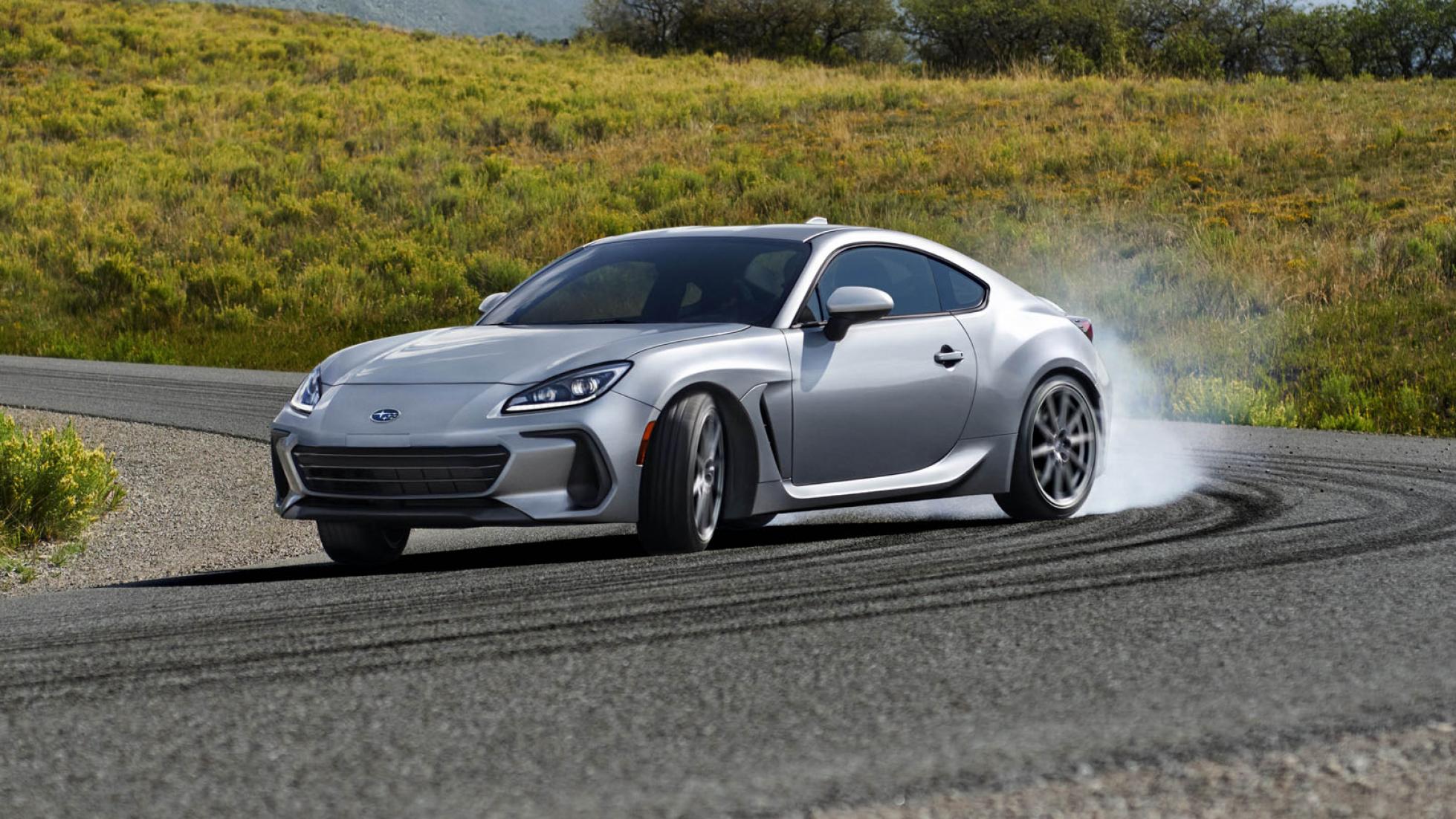 Russ Swift may be storming through his stunts in a manual WRX, but before you ask, no, a manual won’t be available for Singapore, so Subaru’s 271hp WRX (dropping the ‘Impreza’ of yesteryear) can only be enjoyed by local owners in Lineartronic CVT guise.

However, there will be a wagon (hurrah!) model in addition to the familiar WRX sedan and as any petrolhead worth their salt knows, there’s nothing cooler than a fast wagon. At the heart of the WRX throbs a turbo’d 2.4-litre flat4 that should deliver serious tub-thumping performance, but it’s grown-up and poshed-up in its glow-up, so don’t expect the same sort of boy-racer image from before.

Let’s get the elephant outta the room, like its predecessor, the latest BRZ is a joint effort with Toyota, but as we like to ask, “Would you rather have two similar lightweight, wallet-friendly rear-drive sportscars, or none at all?”

As before, the BRZ and GR86 are tweaked visually and dynamically to suit each respective brand’s personality, so don’t be too hyper-fixated on it being a Toyota under the Subaru or vice versa… because the alternative could well be watching old dorifto videos on Youtube instead of getting out and making your own.

Like the bZ4X is for Toyota, the Solterra is Subaru’s first production (I know some of you were waiting to shout R1e!) foray into the world of BEV crossovers, a promising enough start into mid-pack given some of the other Japanese brands are still peddling ICE cars.

Like the BRZ and GR86, the Solterra and bZ4X sit on the same platform (dubbed e-Subaru in this case), although the Solterra is available only in all-wheel-drive guise, which makes a lot of sense given Subaru’s erm, legacy (no pun intended), in symmetrical all-wheel-drive powertrains. 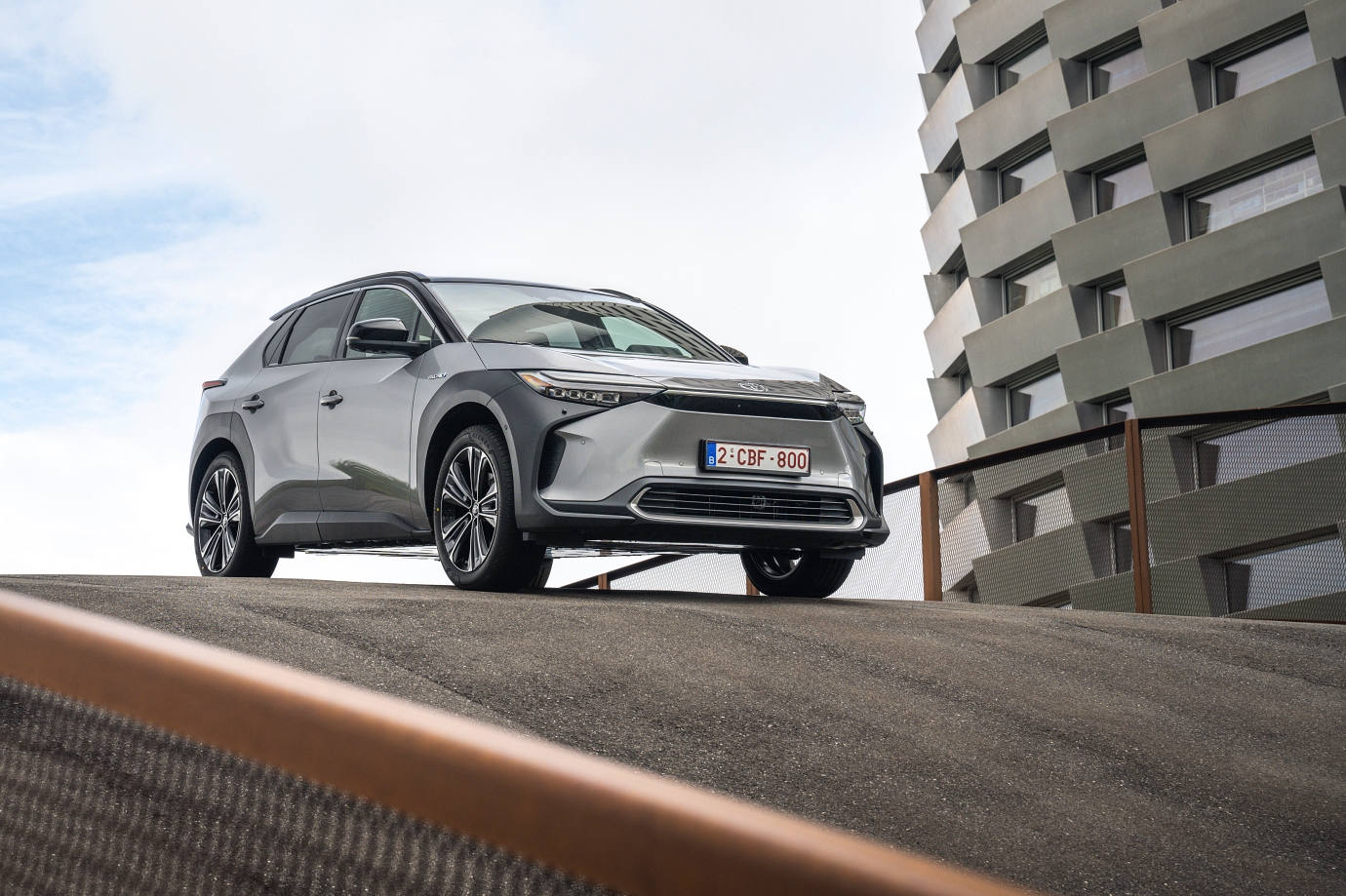 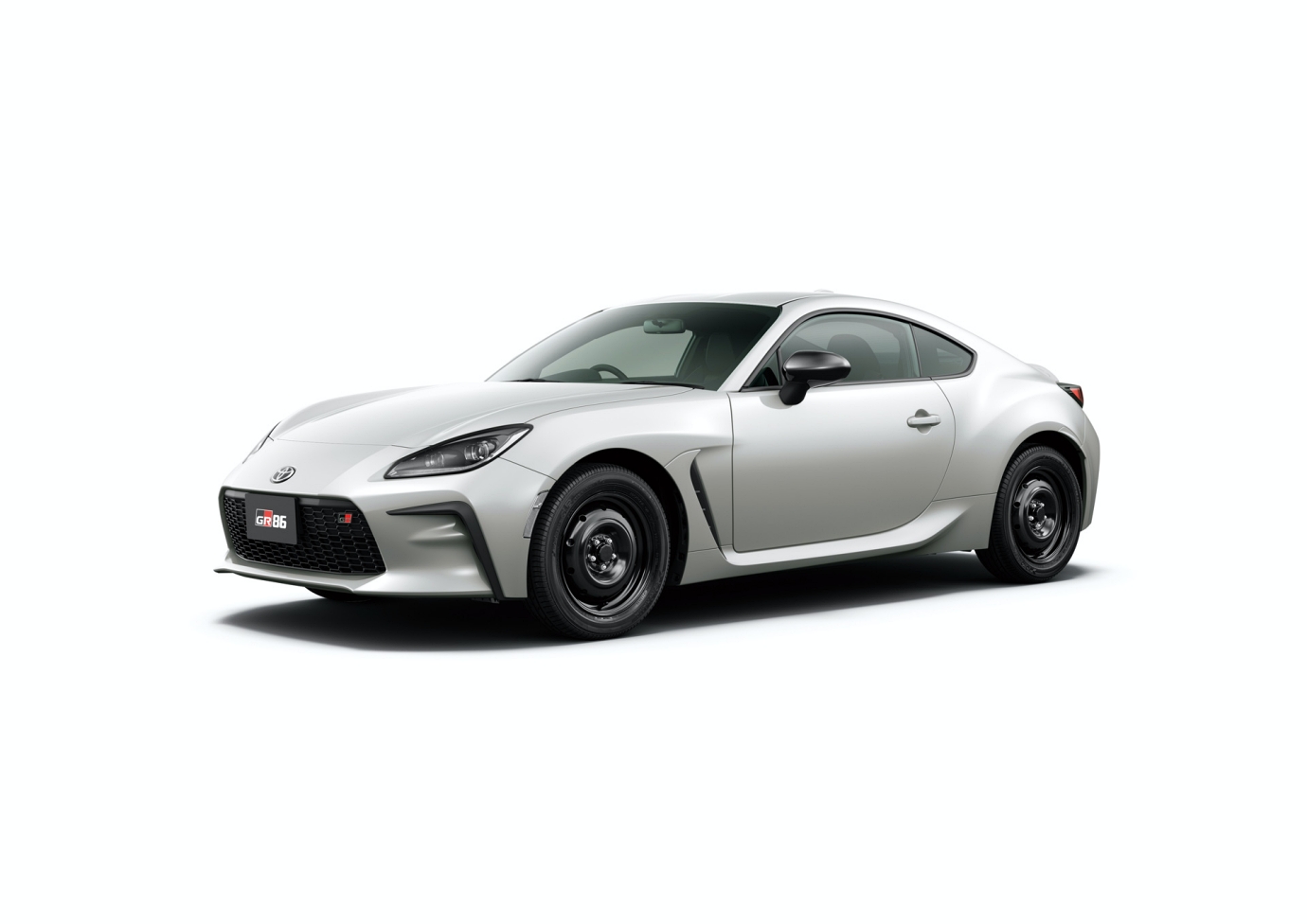 Like Subaru, Toyota shows-off its agile, front-engined/rear-drive coupe, which is powered by a perky 2.4-litre flat4 engine that delivers 235hp/250Nm. Before you pish-tosh the platform-sharing between the two brands, consider this: Would you rather Subaru and Toyota join forces for the benefit of petrolheads, or would you prefer for us enthusiasts not to have such ‘affordable’ sportscars at all?

Many critics miss the point and it’s great that brands like Toyota still have a car enthusiast at its helm to ensure there’ll always be the fun cars to go with the humdrum MPVs and crossovers.

When you consider how some Japanese brands have abandoned the fun and are even starting to struggle with the functional, you’ll appreciate brands like Toyota and its ‘sporty’ Gazoo Racing sub-brand even more.

As Toyota’s first all-electric vehicle, the bZ4X is a decently packaged crossover that rides on the brand’s e-TNGA (Toyota New Global Architecture) platform, which is specially made for Toyota electric vehicles.

It’s an admirable first attempt and true to Toyota form, features intuitive and painless operation for both drive and UI.

Quite why some brands feel the need to overcomplicate their EVs still boggles the mind – Tesla for instance is another masterclass in ‘simplicity’. You know Toyota has gotten it spot-on when folks who got into the bZ4X could figure out how to operate it within a few kilometres. 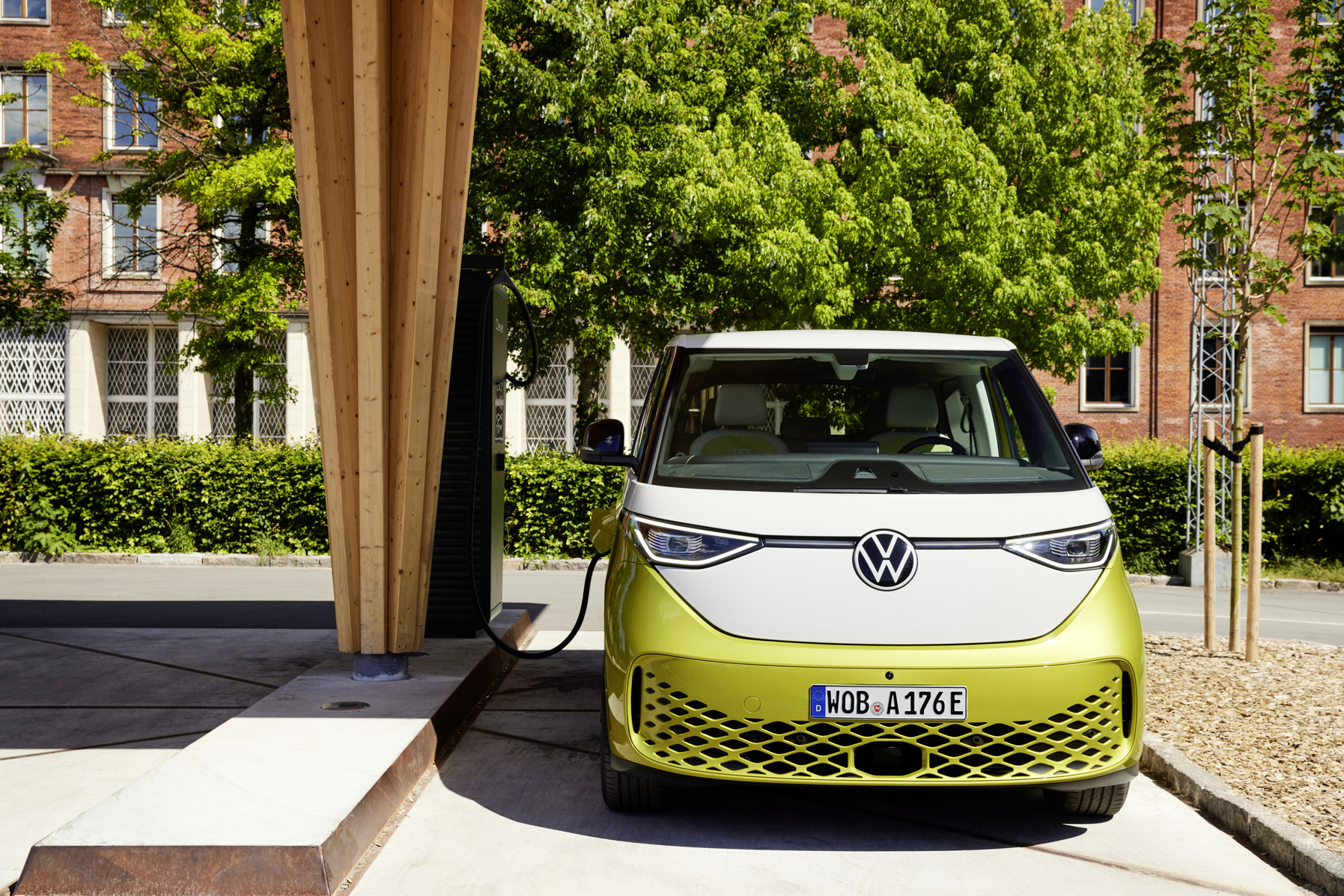 Say what you want, but we reckon the fizzy ID.Buzz is an awesome cross-genre MPV/SUV/Crossover ‘combi’ that channels the (care)free-and-easy spirit of the original Type 2. It’s fun, funky and functional with the sort of design and attention to the minutiae that really puts a huge smile on your face and a warm glow in your heart.

Volkswagen’s reimagining of the popular Type 2 Camper Van is easily one of the stars of this year’s Singapore Motor Show and proves that EVs don’t have to look fussy, futuristic, bland or boring and we can’t wait to properly put it through its paces.

The R Performance Pack levels up the fire-breathing Golf R with a new active rear differential and torque vectoring system to unlock its drift potential.

We haven’t given the 320hp Golf R any opposite lock in anger yet performing gratuitous powerslides, but if it’s anything like the one on the current Audi RS 3, we reckon it’ll pose a hazard to our tyre budget, as well as our driving licence!

The icing on this hot-cake? A lightweight Akrapovic exhaust system, which not just saves some kilos, but adds to the Golf R’s aural experience.