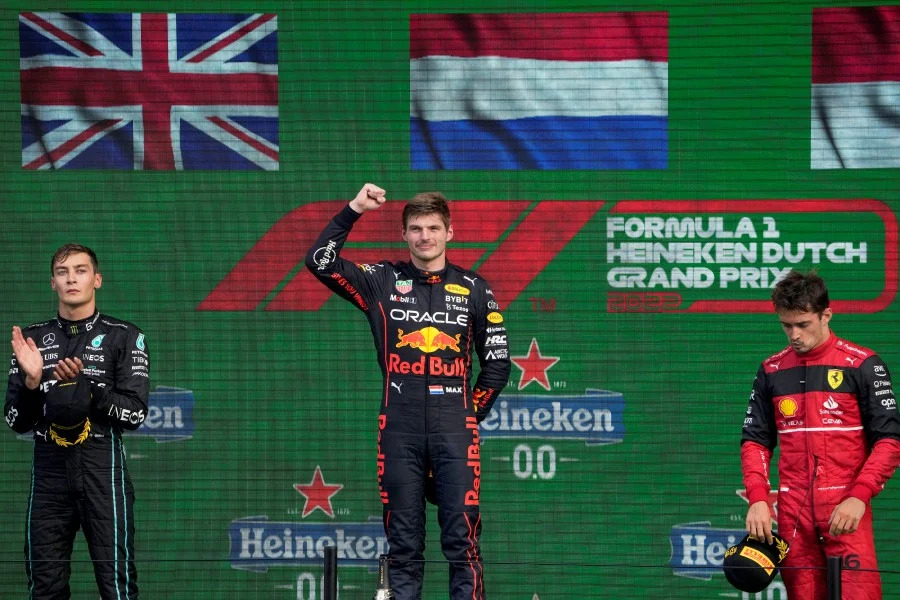 Ferrari's Charles Leclerc took third with Lewis Hamilton in the other Mercedes fourth.

"I'm proud to be Dutch," said Verstappen as he took another relentless step towards a second successive world title.

"It was not a straightfoward race. It is incredible to win here again, it is always special to win your home race," added Verstappen, cheered on by the massed ranks of his 'orange army'.

The world champion, in the best form of his career, stretched his lead in the drivers' standings to 109 points after this 15th round of the 22-race season.

Leclerc and Sergio Perez, his Red Bull teammate who came in fifth, lead the chasing pack level on 201 points.

Verstappen, who also bagged the point for fastest lap, can take another step towards the 2022 Formula One crown at Monza next weekend.

It was not all plain sailing for the home hero who had started from pole as he had to retain all his composure to overtake Hamilton in a dramatic late safety car restart.--AFP