This classic Mercedes-Benz estate was the original telemetry car

This classic Mercedes-Benz estate was the original telemetry car 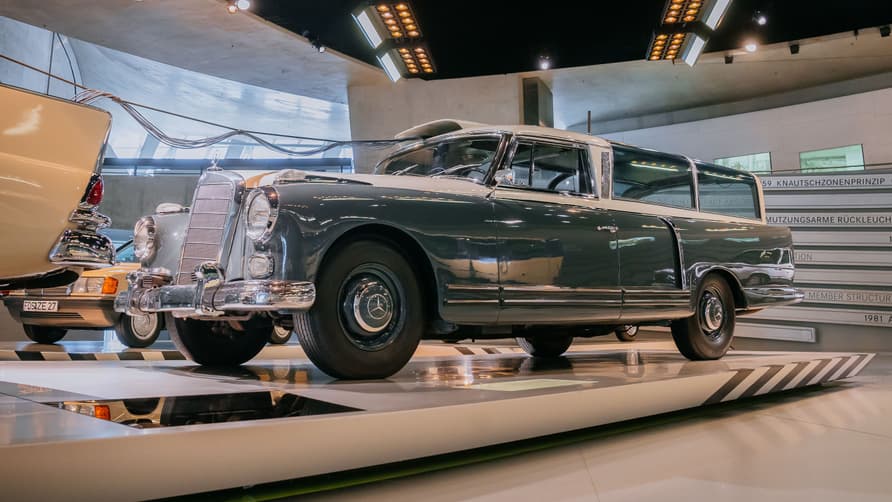 Some people report seeing colour upon a hearing a certain sound, but here we have the inverse. Because it’s impossible not to look at the images above and not immediately start hearing an unmistakable, scratchy 1960s-era soundtrack.

The Mercedes-Benz Museum regularly shines a spotlight on its heritage, and this one-off wagon built in 1960 is a remarkable car, not least because it looks like an extra from a Sixties spy show. In essence, it’s an early telemetry car built to record data from a development Benz.

The idea is that the car in front would be put through its paces, while this 300 would chase from a short distance behind, collecting reams of data. It’s based on the ‘W189’ series 300 saloon because, says Mercedes, of the need “for a fast and large vehicle”. The first German Chancellor Konrad Adenauer was a fan of the 300, and thus it was nicknamed after him.

Only half of this 300 is a proper Adenauer, though, because from the B-pillars back, it’s been converted into an estate featuring panoramic windows, new rear lights and exhaust tips integrated into the bumper. Looks as good as a production Benz, such was the quality. 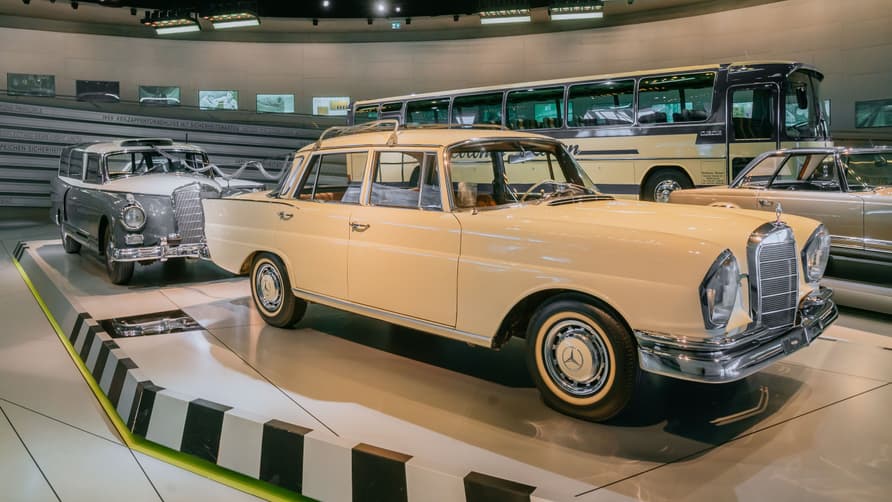 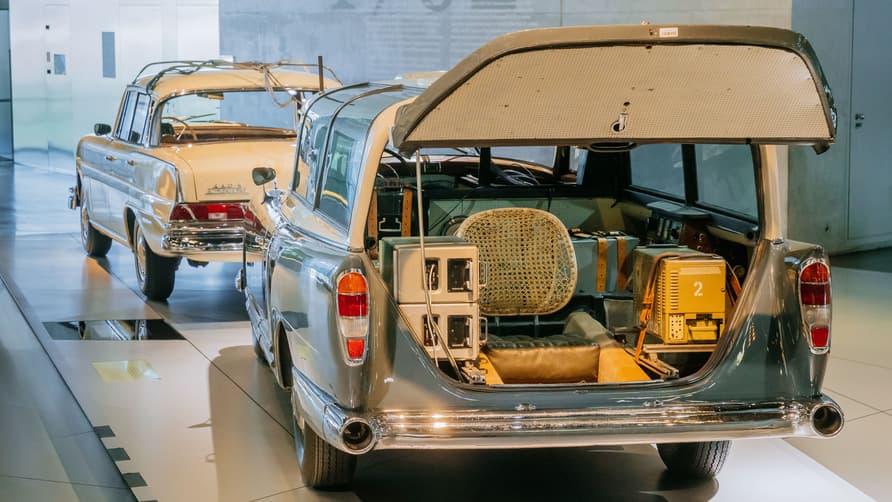 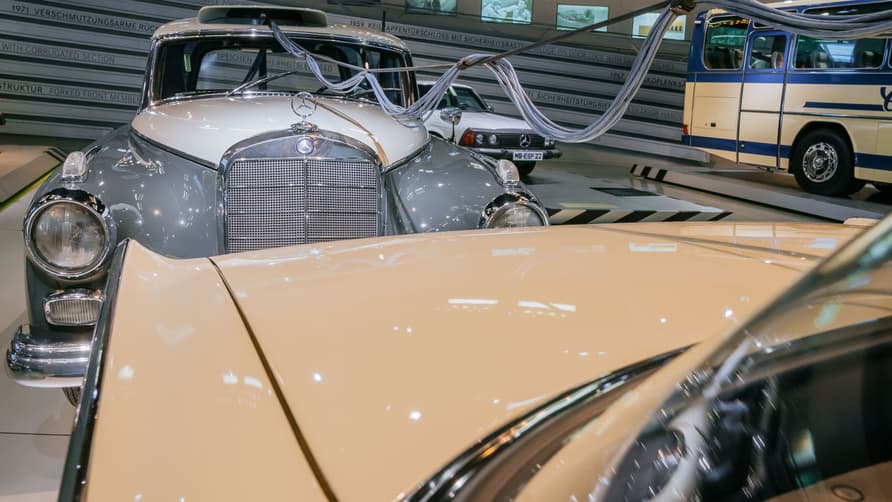 Inside… not so much. There you’ll find a pair of narrow individual seats with wicker backrests like garden chairs. And then a mass of electronic boxes. “The measuring instruments in the 1950s were large, heavy and sensitive,” says Merc. When fitted to a prototype Benz, they’d shake and influence the data collection, which is kinda why this 300 even exists.

You see that cable? That’s a 30m-long wire that goes from the prototype driving up front to the 300 measuring car that’d follow behind, collecting all the data. Because it was basically a chase car, the 300 was given a 156bhp engine from the later W189; a 3.0-litre straight-six that could trace some familiarity to the ground-breaking 300SL Gullwing. 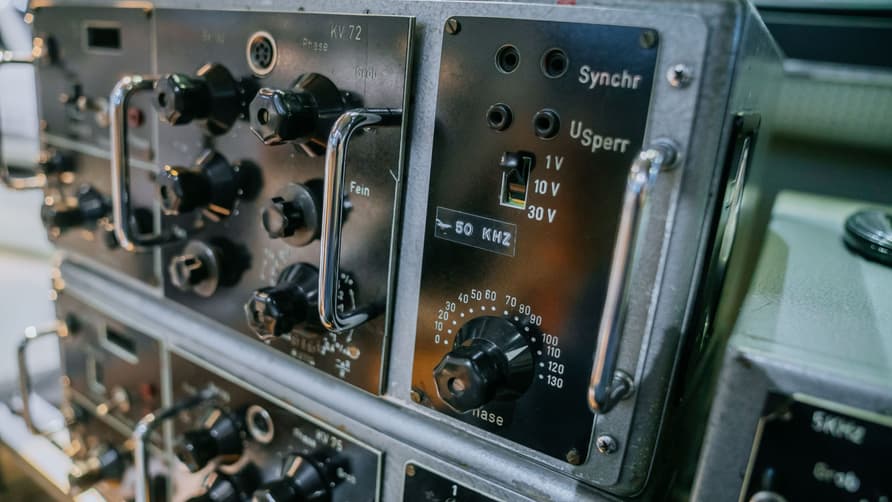 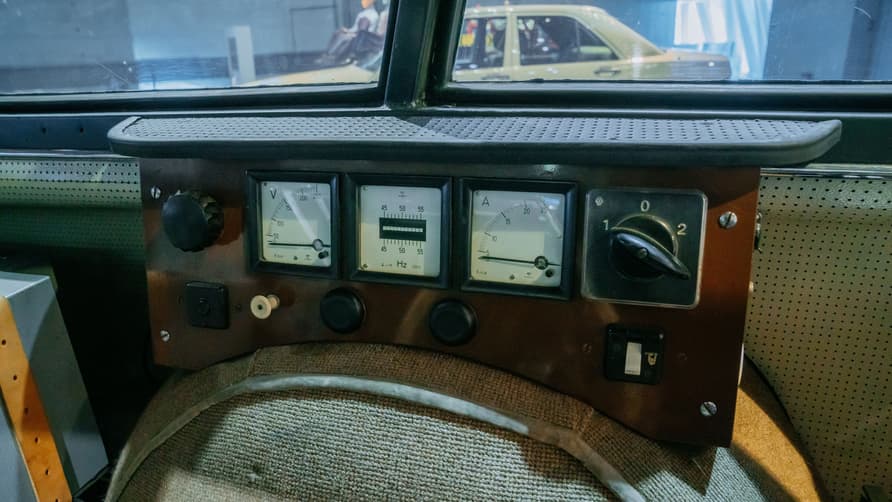 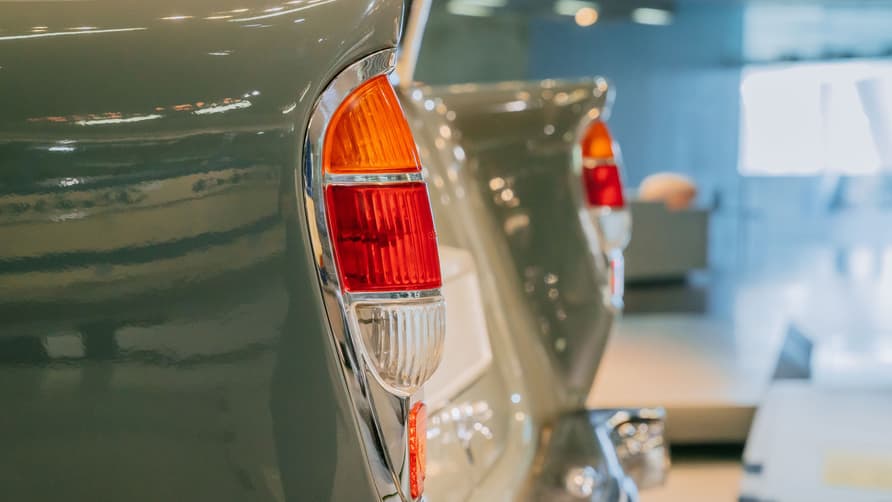 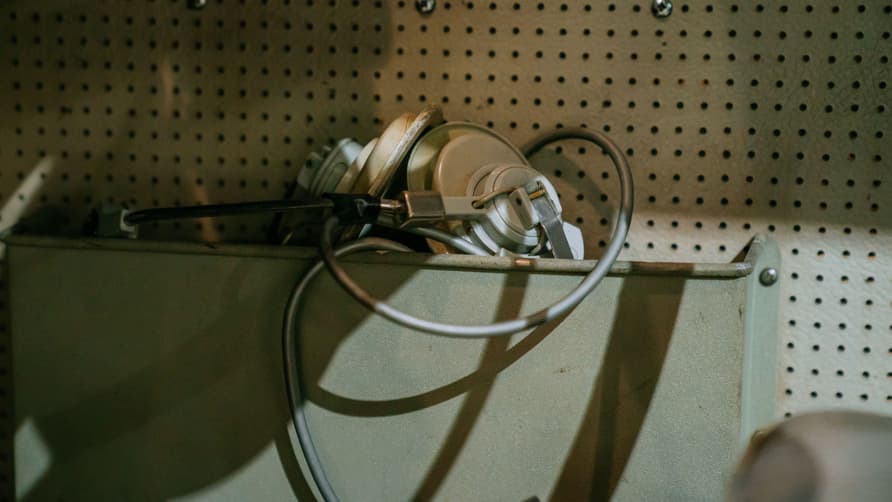 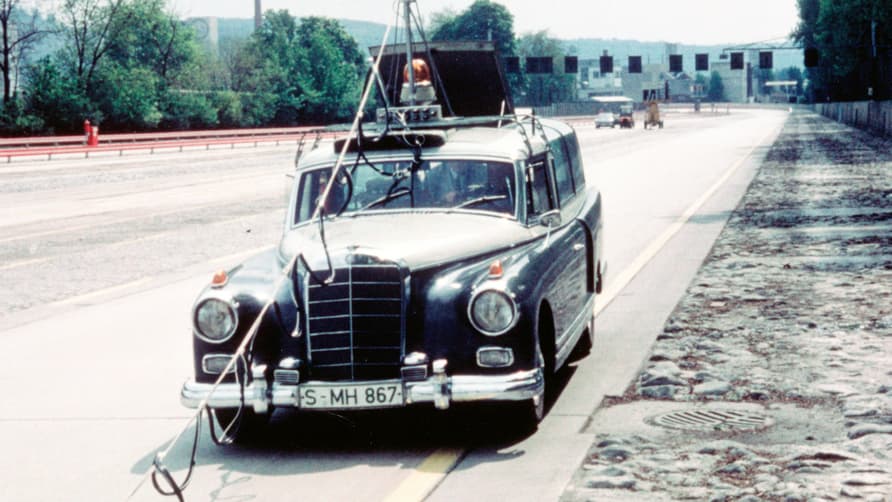