MotoGP vs WorldSBK - how different are they? 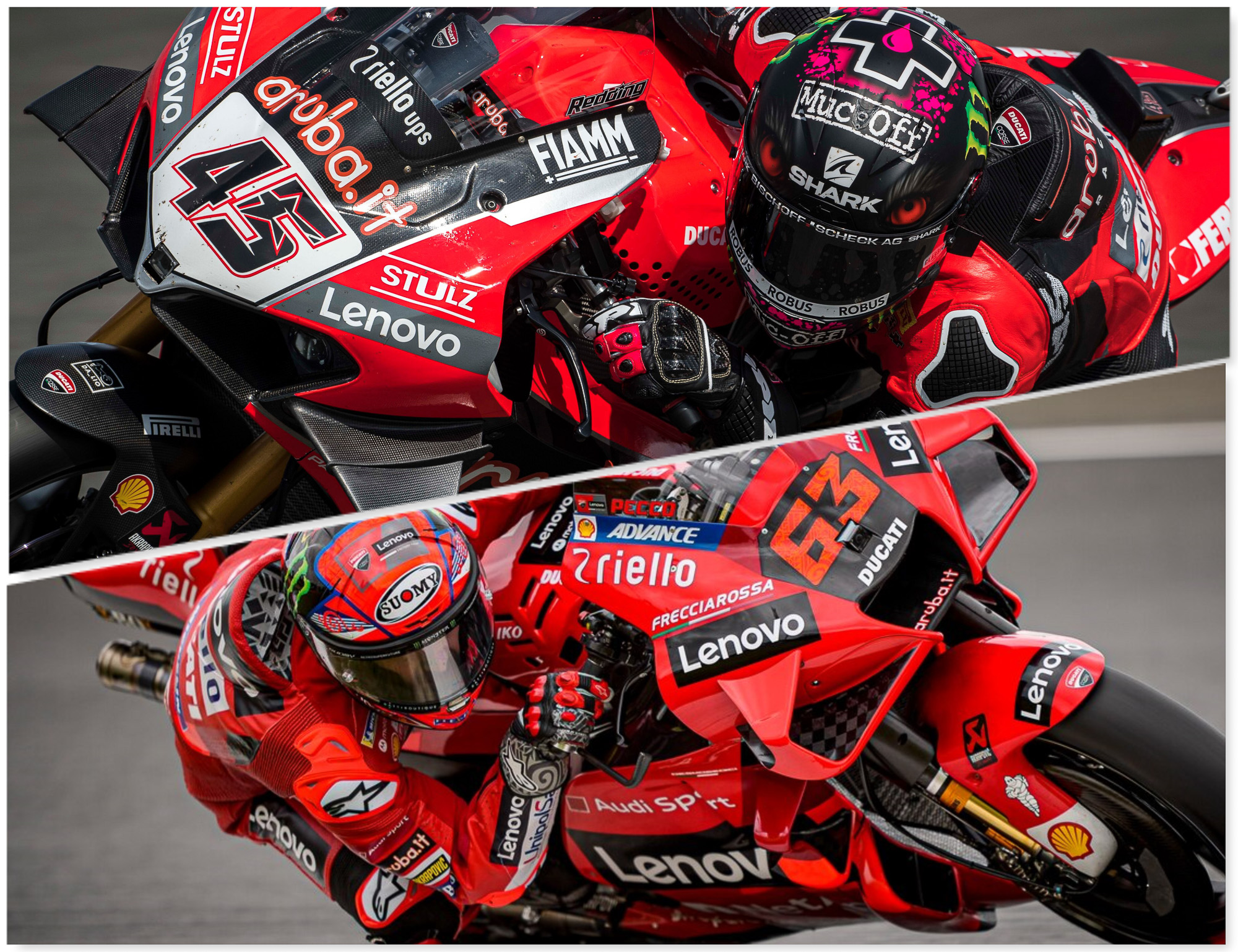 The second half of the 2021 MotoGP world championship will start at the end of this week where all the riders will once again line up the grid at the Red Bull Ring in Austria. There were many rumours that popped up during the summer break, including the possible transition of top WorldSBK riders into MotoGP come 2022. With all of these going on, an interesting question has arisen yet again - what are the differences between MotoGP and WorldSBK?

The latest example that we can get to compare between MotoGP and WorldSBK is via a young man called Garrett Gerloff. This 26-year-old American is currently signed with the GRT Yamaha WorldSBK squad who recently substituted for Franco Morbidelli of Petronas Yamaha SRT during the last MotoGP race in Assen, Netherlands. When asked about the difference between his Yamaha YZF-R1 WorldSBK bike and MotoGP's Yamaha YZR-M1 prototype, his simple answer was "Yeah, it doesn’t compare at all."

Any rider who has had the opportunity to compete in both racing series can definitely agree that MotoGP and WorldSBK are worlds apart. To summarize, MotoGP is considered as the pinnacle of two-wheel racing where they race with nothing but the best prototypes manufacturers can produce. WorldSBK (Superbikes World Championship), on the other hand, uses production bikes that normal folks can buy BUT they are tuned for racing. In other words, MotoGP is like Formula 1, WorldSBK is like sports car racing.

According to Ben Spies, a racer who has dwelled in both MotoGP and WorldSBK, "The differences between MotoGP and WorldSBK are huge. It has to do with the way bikes work. MotoGP riders fly prototypes that aren't as fluid as Superbike. There are differences in trajectories and these differences are so significant that it takes some time for a rider to get used to them. It is also easier to push a superbike to the limit. It is a question of which rider can cross the limits more often or how often. In MotoGP, the limit is extremely high. You have to work hard to find that limit." 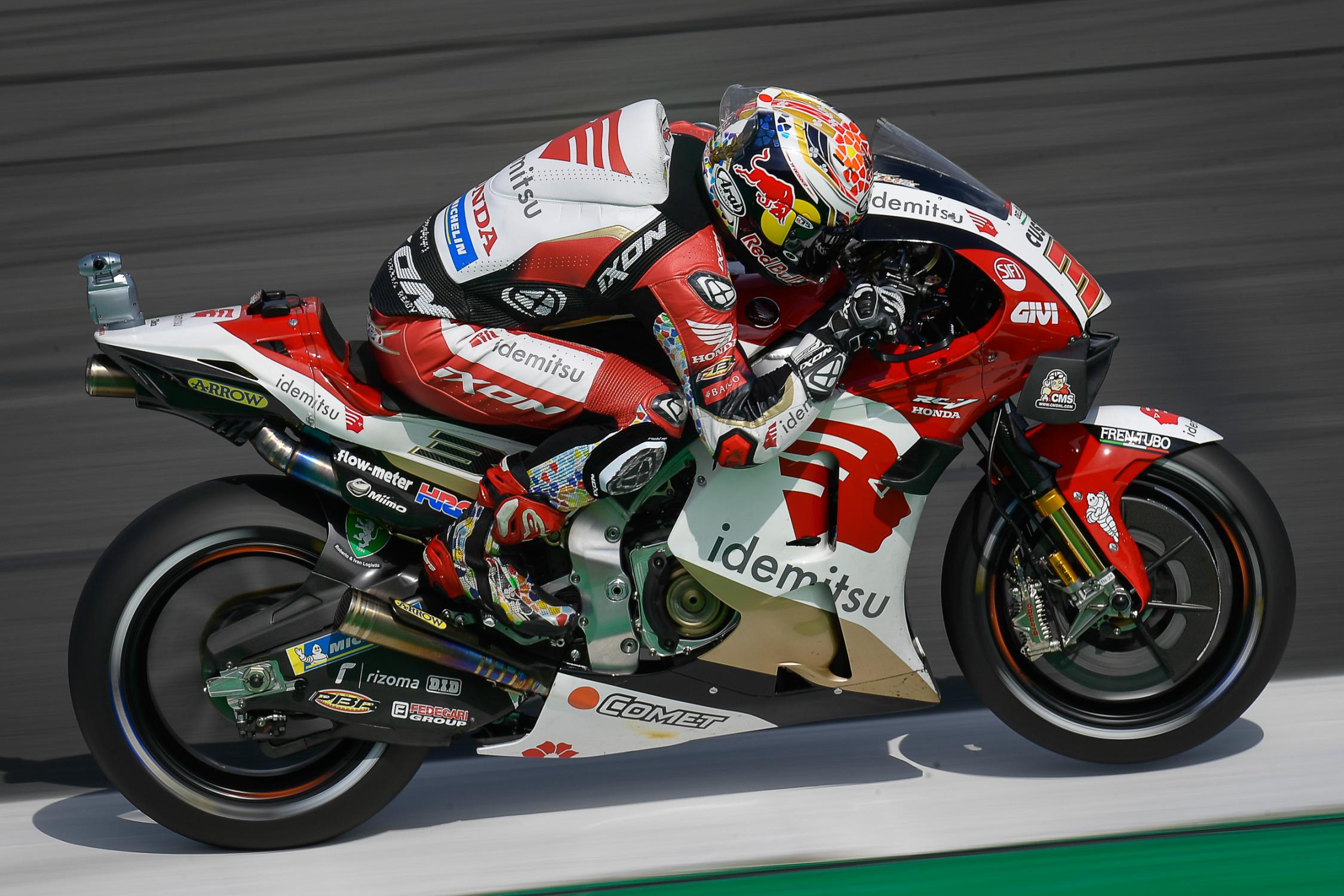 There are a lot and big differences between the two in terms of budget, teams, manufacturers, electronic suites, and more, but we're going to basically look at the machines themselves to showcase the contrast between the two racing series governed under the same Fédération Internationale de Motocyclisme (FIM) and Dorna (FIM's ruling body).

WorldSBK (Superbike World Championship) utilizes motorcycles that you can actually purchase from the showrooms. Using Ducati as an example, their top-of-the-line production bike, the Ducati Panigale V4 R, is used in WorldSBK but modified according to the competition's regulations for racing. With enough money and effort, owners of the said bike can get very close to WorldSBK-spec machinery if they wish to do so. 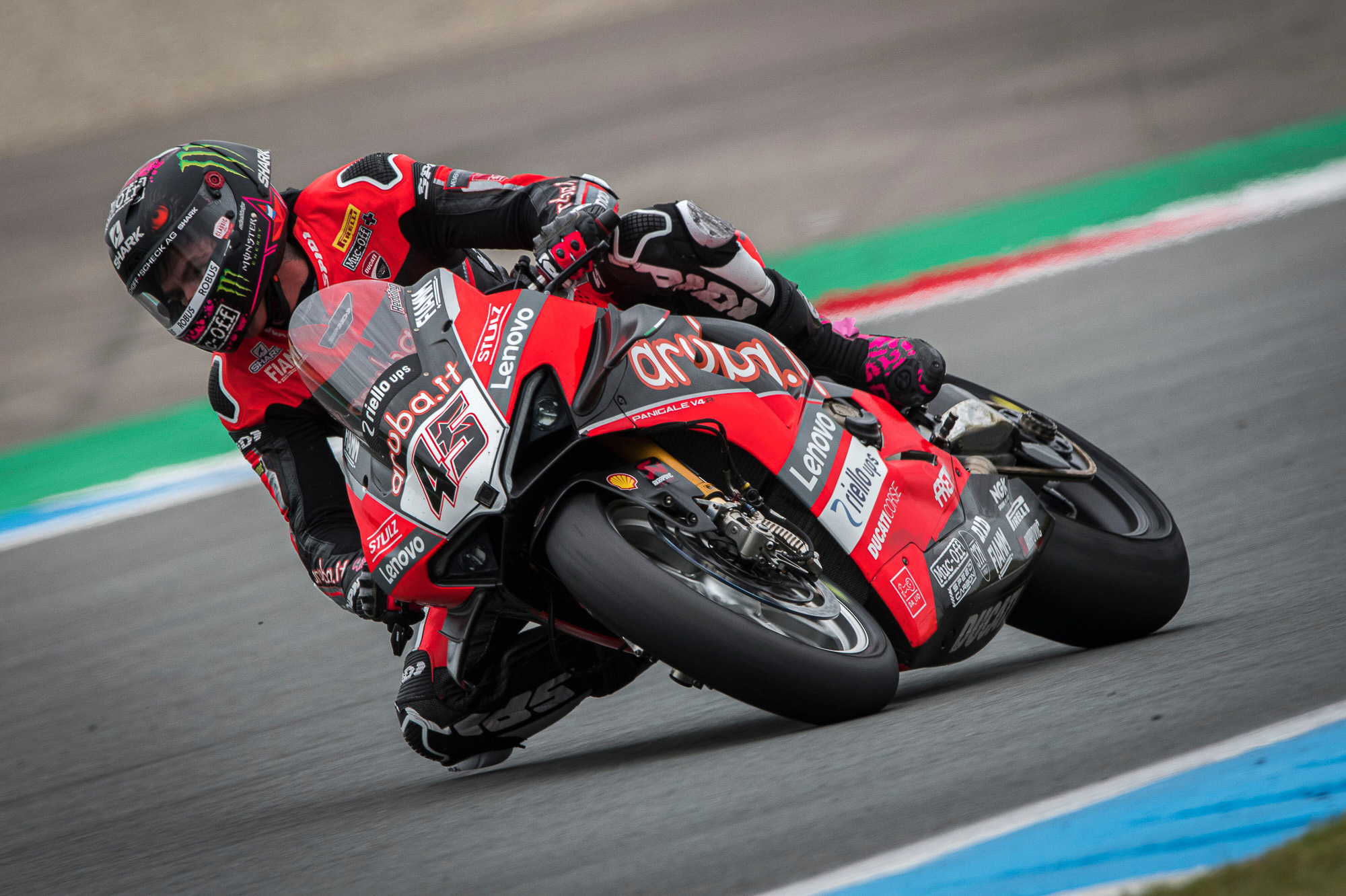 In MotoGP, however, Ducati is currently competing with their prototype bike, the Ducati Desmosedici GP. Mere mortals like us can't and will never get their hands on the latest Ducati Desmosedici GP bike as it is purposedly built for one thing and one thing only - to win MotoGP races, not for sale. Teams and manufacturers in MotoGP have a much, much bigger budget when it comes to R&D, which is why you'll see all sorts of wacky bike designs and innovative contraptions on the Ducati Desmosedici GP bike, like those wind-cutting aero-fairings, carbon fibre forks and swingarms, advanced holeshot devices, plus more.

There are some similarities between the two, particularly the engine capacity. Both premier classes in MotoGP and WorldSBK have restricted the bikes to not go beyond 1,000cc. While the Ducati Panigale V4 R and Desmosedici GP both run the one-litre V4 engine configuration in general, the power that they produce (and how it is produced) are massively different. Experts have indicated that WorldSBK bikes can range anywhere between 200-250hp, but MotoGP is said to be between 250-300hp. This explains a lot considering that the highest top speed ever recorded by a MotoGP bike was 362km/h when Johann Zarco rode his Ducati Desmosedici GP20 during the season opener in Qatar. In WorldSBK, it's slightly slower at around 330km/h by Chaz Davies and his Ducati Panigale V4 R recorded last year in Phillip Island, Australia.

And the power-to-weight ratio is different, too. The minimum weight for any MotoGP bike is set at 157kg, while a WorldSBK bike is a slightly heavier beast at 168kg. Do the math and you'll quickly realise that most supercars won't even come close.

On smaller tracks like Jerez, Spain, (video above) the differences in lap times are only less than a second per lap (only a few tenths), but on bigger tracks with longer straights like Qatar, that's when the gap jumps into a couple of seconds. You might be thinking, how can MotoGP bikes that cost millions to produce are only a few seconds faster than WorldSBK production bikes that cost probably 10 times less?

As we all know, prototypes are never cheap, especially when you have to produce them in small volumes just for the races. They might be only a couple of seconds faster per lap, but it all adds up in a full race distance. A couple of seconds times 20 laps, and the MotoGP is ahead by 40 seconds. And 40 seconds is a very, VERY big gap when it comes to racing. Some manufacturers who compete in both race series tend to develop all the latest racing technologies before they are trickled down into their production bikes. There are some manufacturers like Ducati, Yamaha, and Honda, who compete in both race series, but not Kawasaki and BMW Motorrad (only active in WorldSBK) and KTM (only active in MotoGP). That can help to slightly explain how to gap between the overall performance of the bikes used in MotoGP and WorldSBK has gotten closer over the years. The Ducati Panigale V4 is a prime example of this. Its V4 engine and winglets? All came from the R&D developed initially for MotoGP racing. 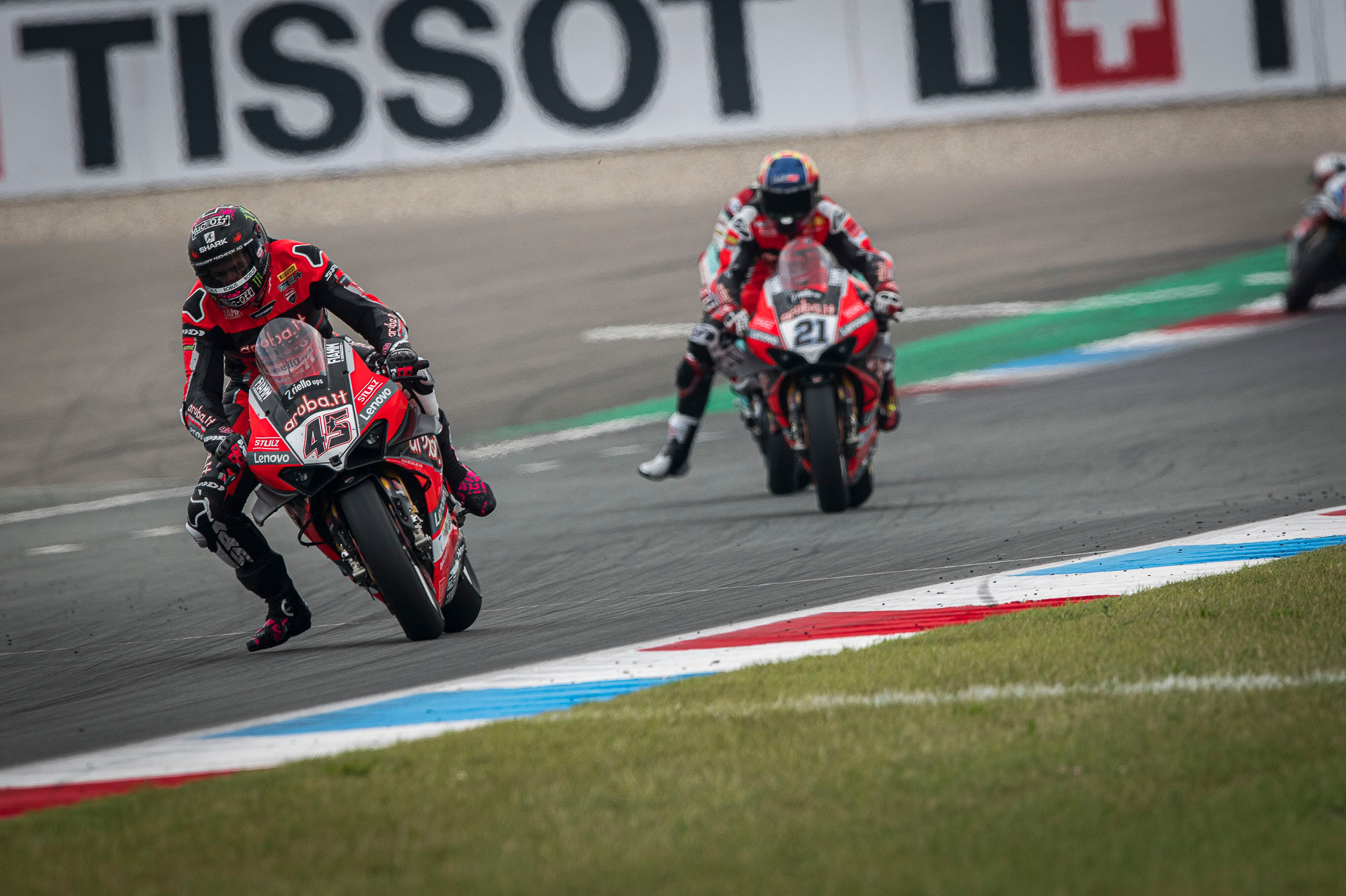 We can also agree that all the latest production superbikes that you can buy in showrooms are indeed powerful crotch rockets that can easily hit over 300km/h and slice through corners like a razor if you have just enough skills to do so, but the MotoGP prototype bikes are worlds apart in terms of power delivery, handling, and more. All riders who have tried riding both bikes used in MotoGP and WorldSBK have stated that it's easier to find the limit for a Superbike, but the limits are massively different in MotoGP. The same set of skills that can win a WorldSBK race will have to be massively adjusted in order to cope with any MotoGP prototype.

Going back to Garrett Gerloff and his experience with the Petronas Yamaha SRT's M1, he completed the Dutch MotoGP round in P17 back in June, but last month during the WorldSBK round in the UK, he finished Race 2 in second place on his race-spec Yamaha YZF-R1. Although both bikes are the same in terms of capacity (1,000cc) and inline-fours, piloting the two is indeed different. We can go on and on about the differences for days, but these are just some of the differences between the bikes used to compete in MotoGP and WorldSBK. Psst, wanna know more? 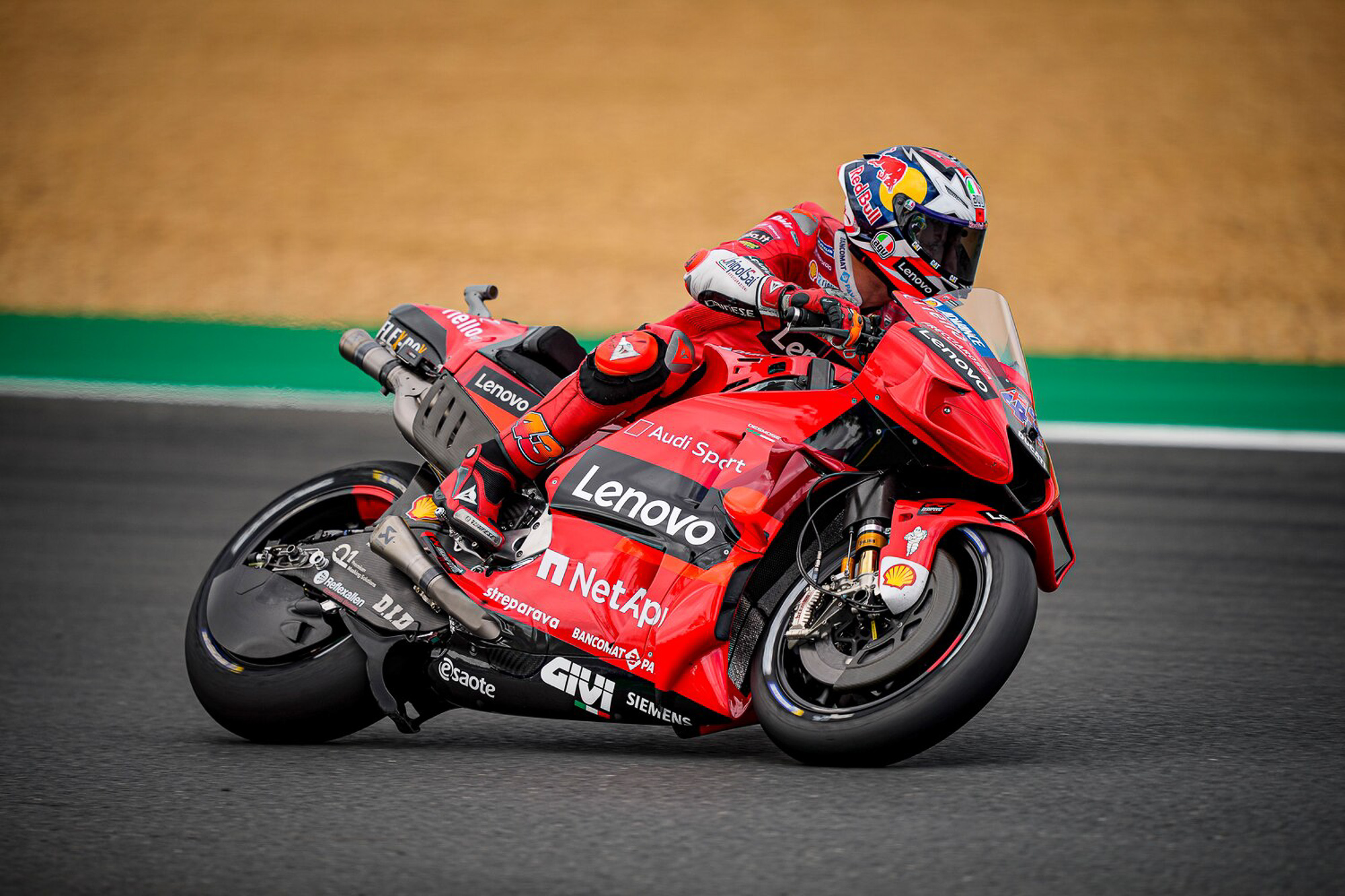 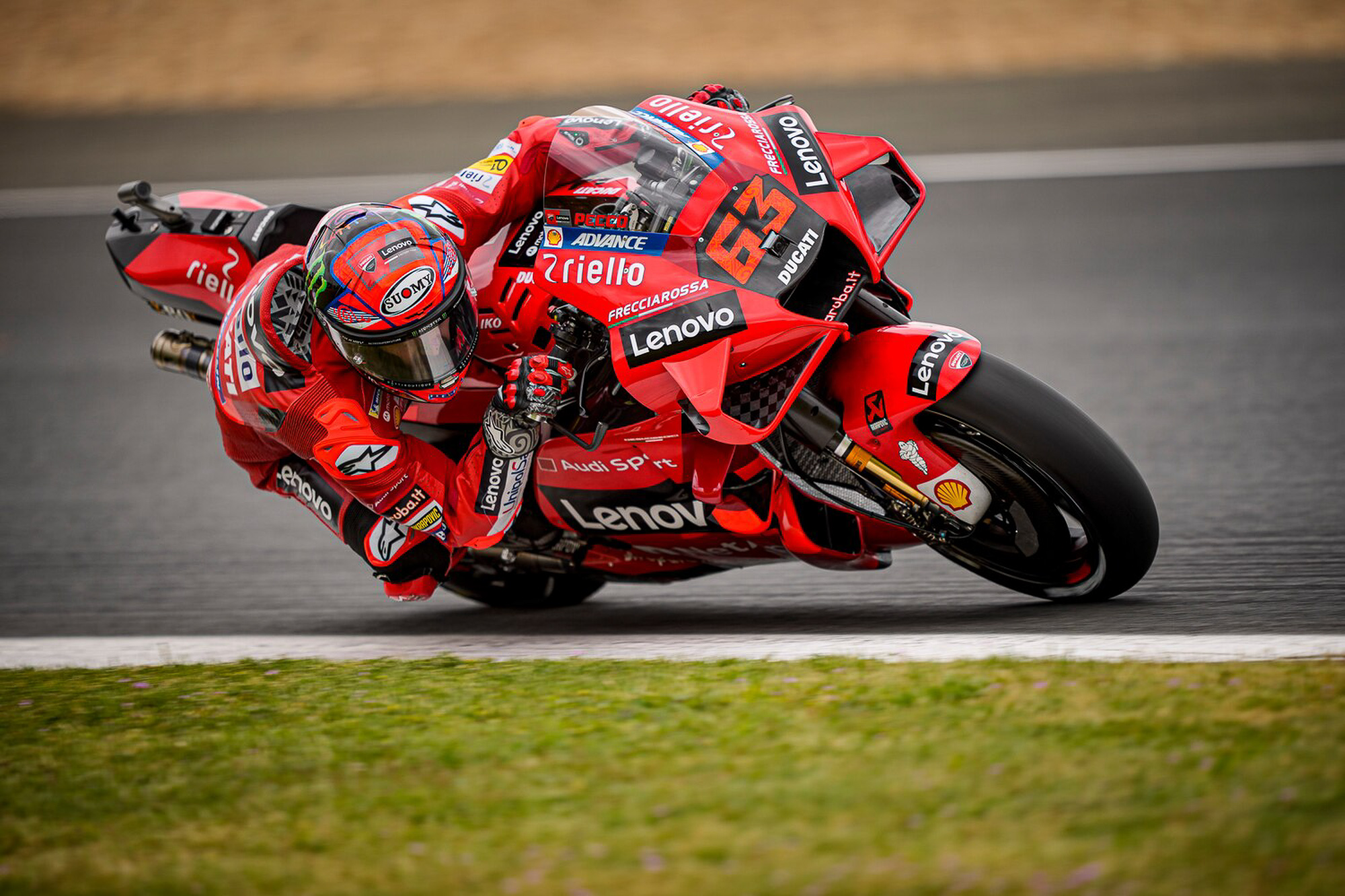 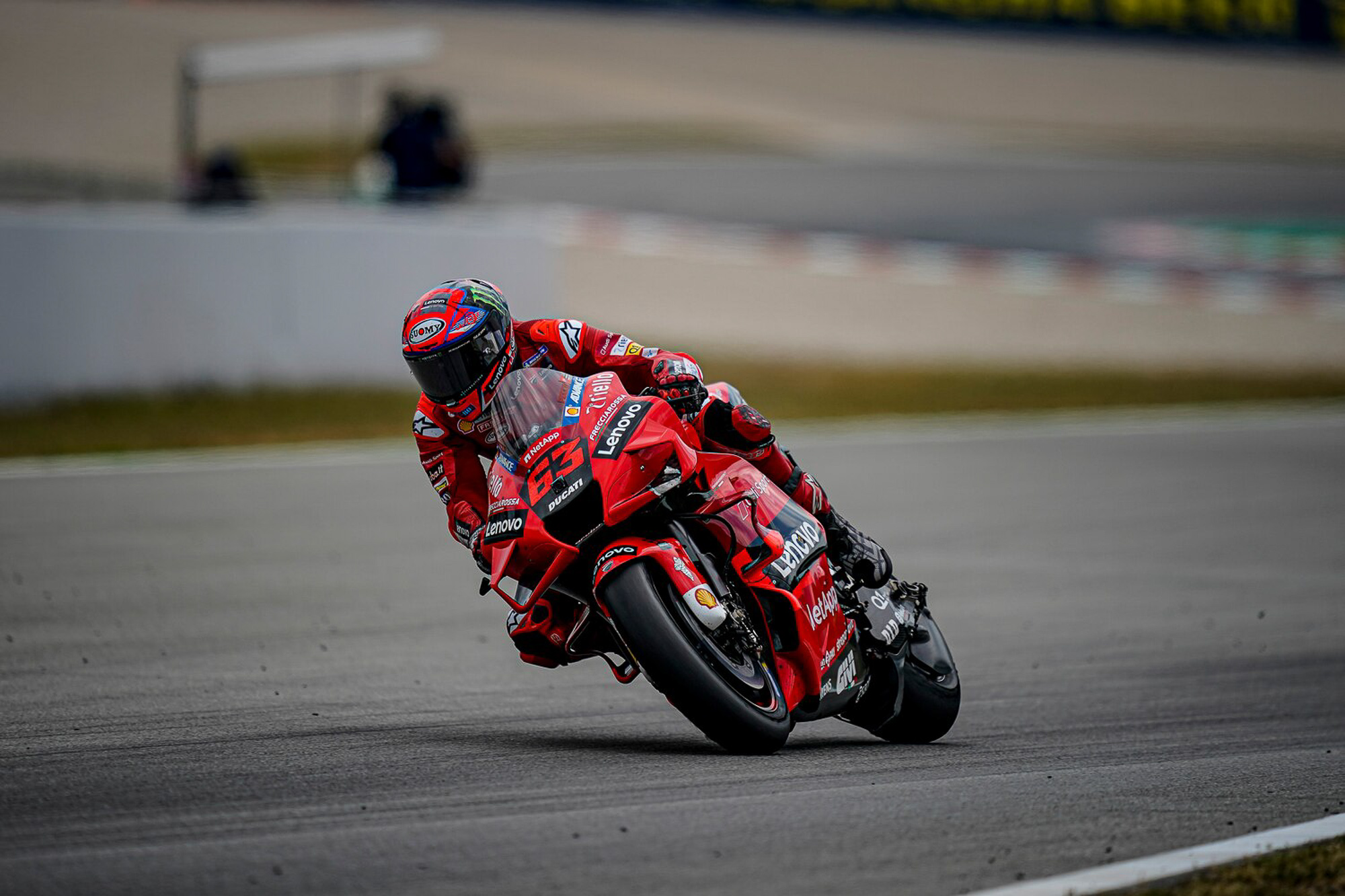 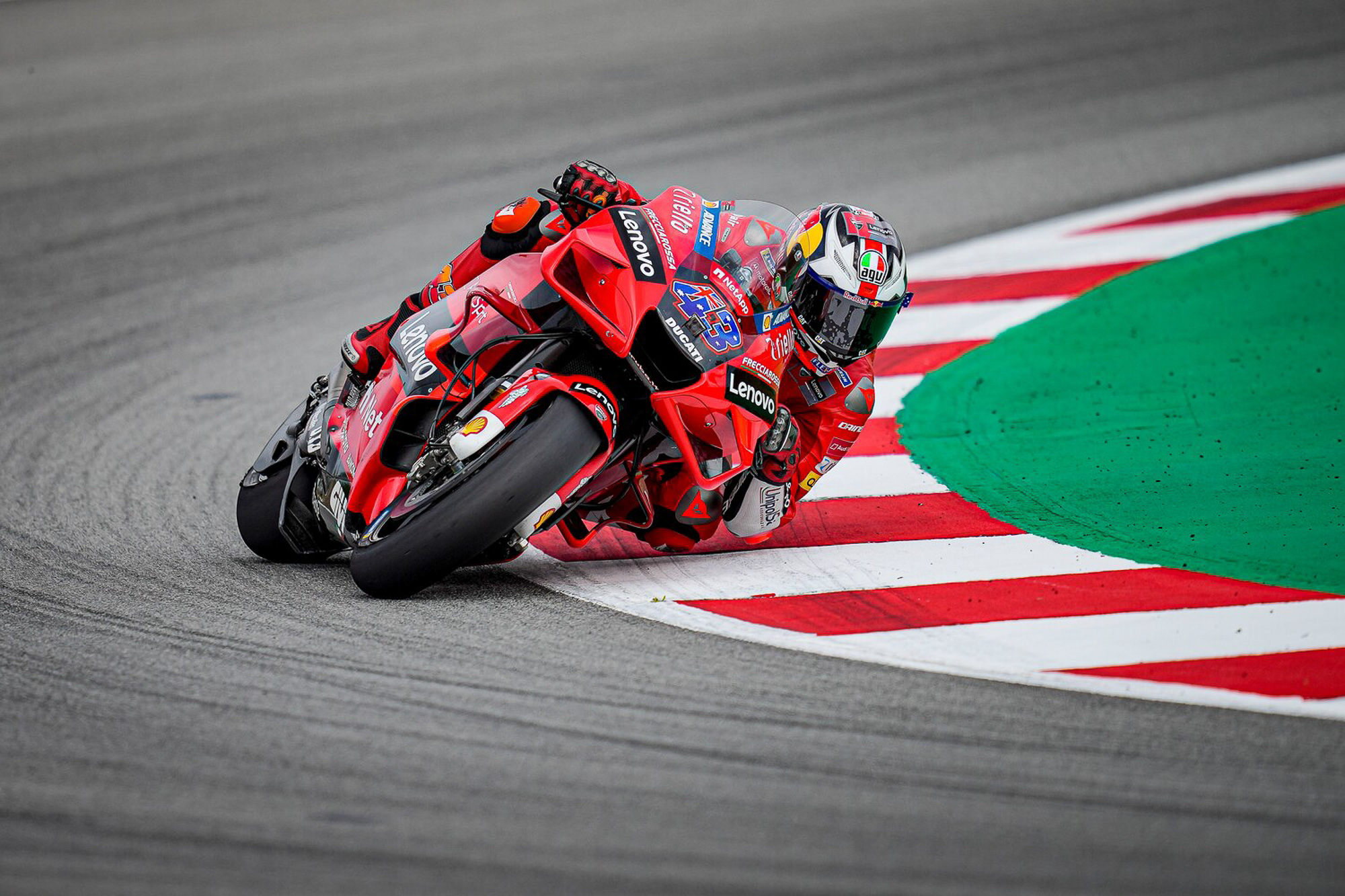 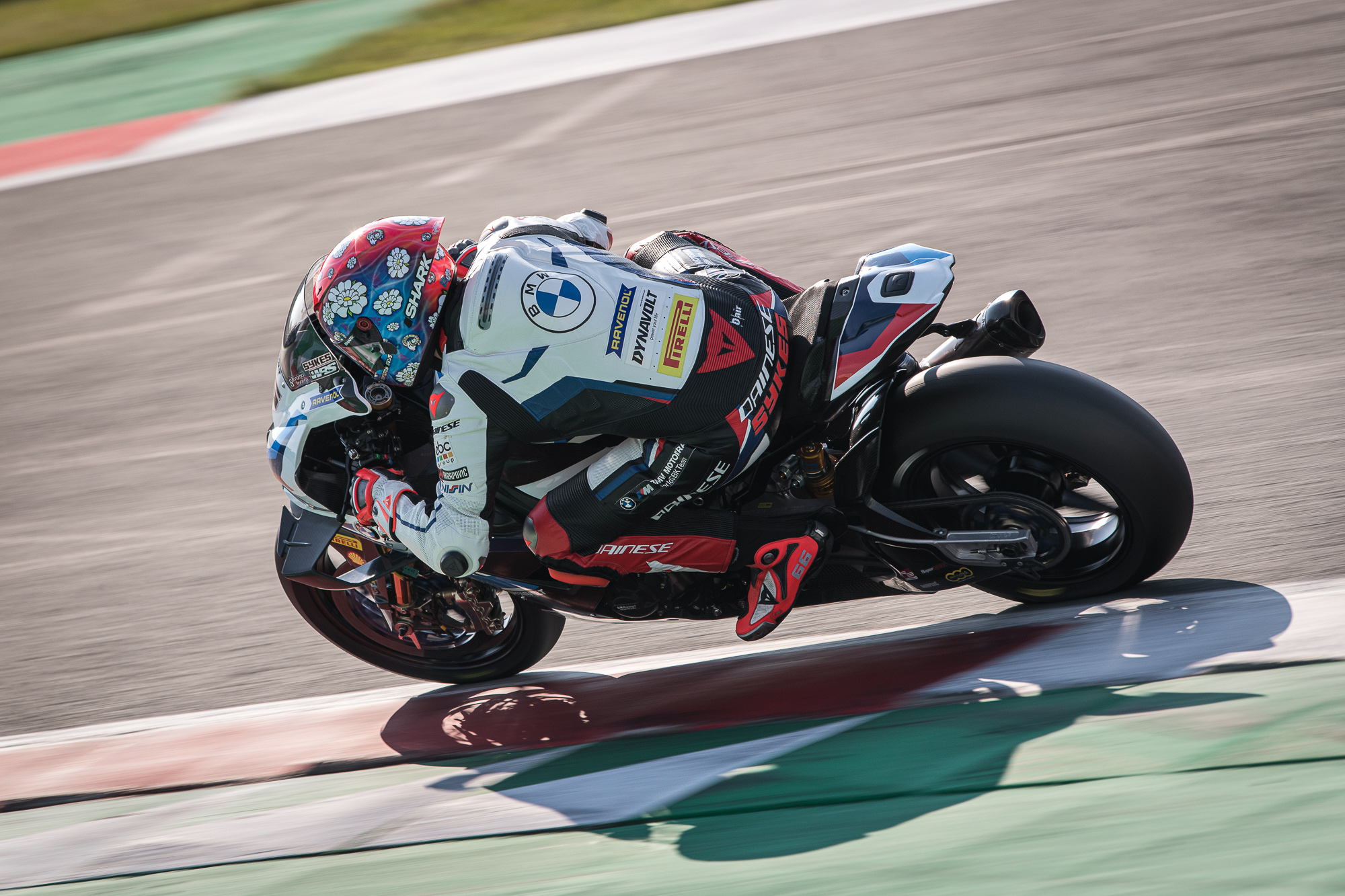 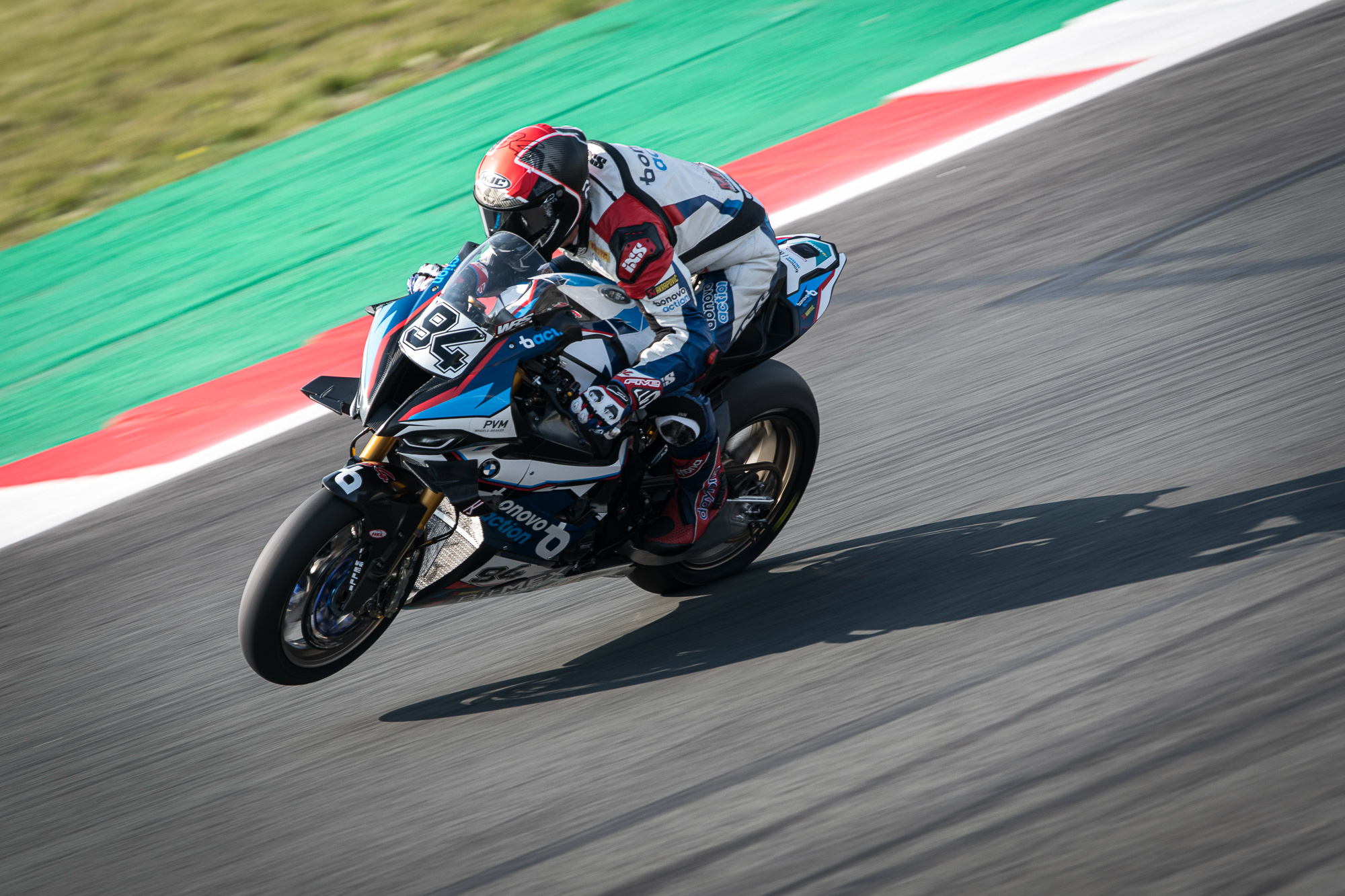 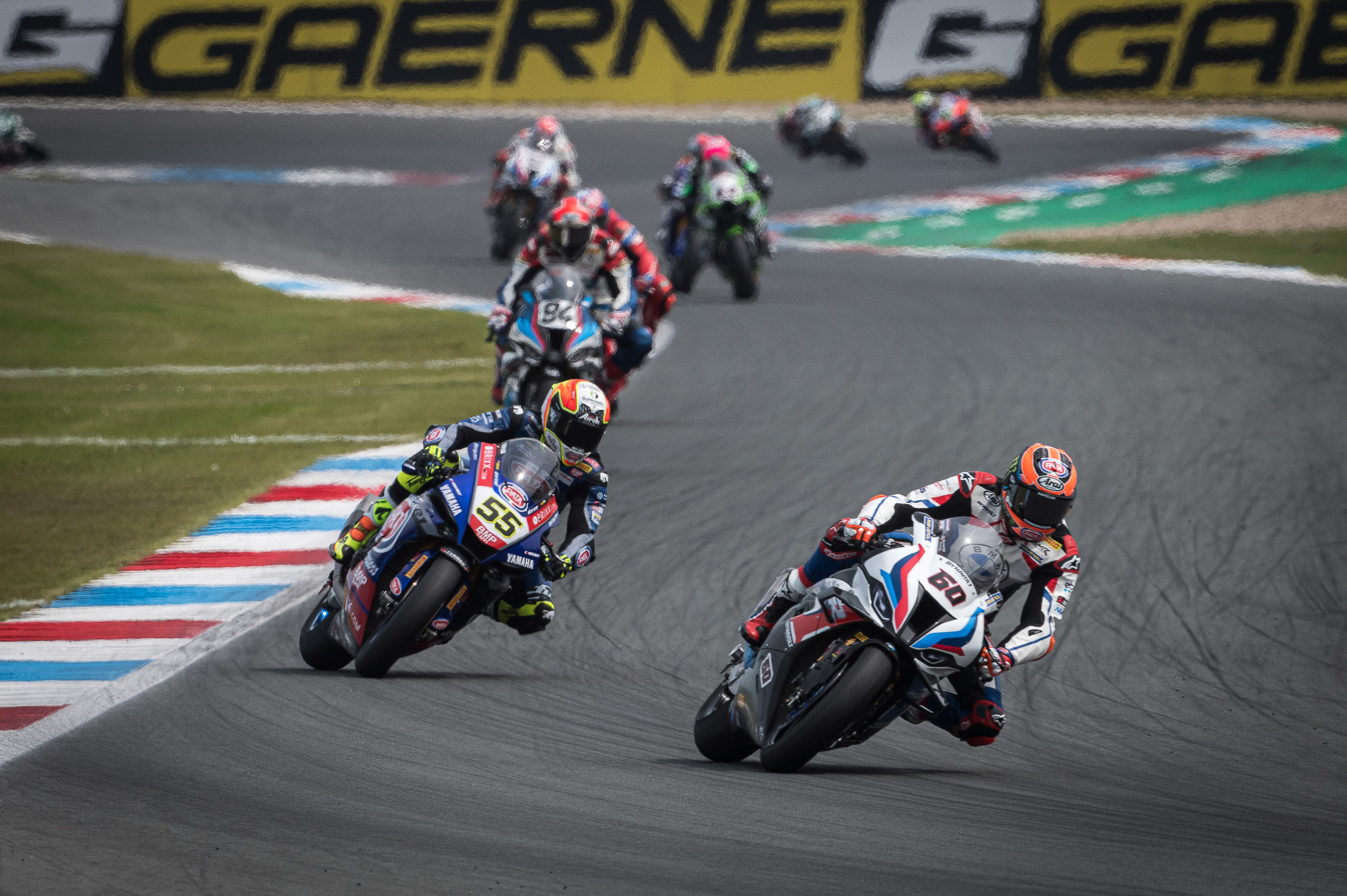